ADVERTISEMENT
ADVERTISEMENT
By Gabriel Okoro, Abuja
Speaker of the House of Representatives, Femi Gbajabiamila says he is bothered over the failure of head of Ministries, Departments and Agencies to honour the invitation by the National Assembly when needed for questioning.
The Speaker disclosed this while receiving the Director General of the Bureau of Public Service Reforms, Dasuki Arabi and his team on Wednesday in Abuja.
He said among the reform agenda of the House, he will meet with President Muhammadu Buhari to resolve the challenge soon.
According to the Speaker, the House will launch its own reform agenda when they resume from the recess.
Reacting to the Bureau of Public Service Reforms achievements as read by its Director General, the Speaker admitted that the agency have done enough but it is still not there yet.
“It’s one thing to reform it’s another thing to give it a legal backing to give it teeth to bite. If you want these reforms to be effective, there is need to collaborate with the National Assembly for legal backing”, said the Speaker.
He added that to reform, it requires the public to be sensitised.
Earlier in his remarks, the Director General, Bureau of Public Service Reforms, Dasuki Asabi explained that the agency is linked to the ongoing budget reform process.
Speaking further, Arabi said the agency is recommending the National Identity Management Commission (NIMC) to be the sole database for all in the country.
While making known other achievements of the agency, he noted that it has developed a website that will assist in ranking ministries of their performances.
Tags: GbajabiamilaMDANASS
ADVERTISEMENT 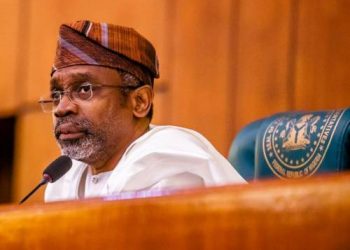 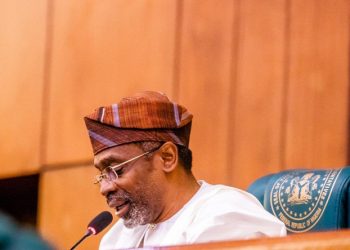