by Olaotan Falade
in Politics, Top Story
Reading Time: 3 mins read
A A
0 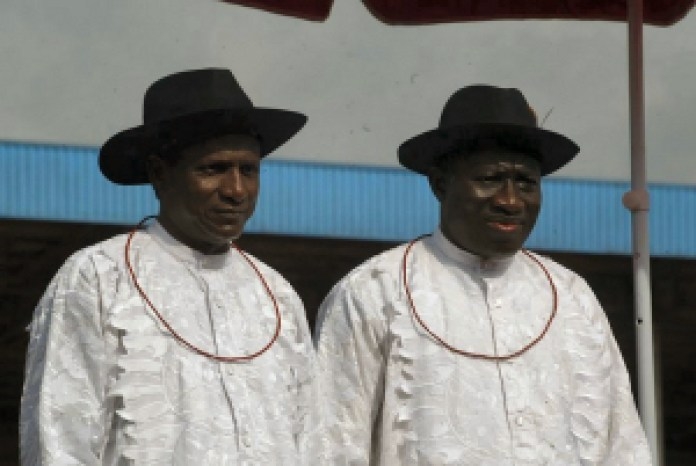 Otedola said this in a special congratulatory to the ex-military president who marks his 80th birthday on Tuesday, August 17.

In his forthcoming book on business lessons – scheduled for release in November, Otedola revealed that General Babangida sent a message through him to the then-Vice President Goodluck Jonathan, to sit on the empty seat of President Yar’Adua in the next Federal Executive Council (FEC) meeting.

Jonathan will win 2023 presidential election, other APC aspirants should step down – Aluko

With Yar’Adua failing to formally transfer power to his VP when he was flown abroad for medical treatment, there was tension across the nation as a result of the power vacuum, which led to public protests.

“Worried by the tension and uncertainty, I decided to do something on my own,” he wrote.

“In the first week of February 2010, I went to Minna, Niger State, along with Hajia Bola Shagaya, to commiserate with General Ibrahim Babangida over the death of his wife, Maryam.

“At his Hilltop residence, we spoke on a wide range of issues, but I told him I needed to discuss an urgent and vital issue. He took me to his study, where the two of us were alone. I told him that the state of the nation had been agitating my mind.”

Otedola said he asked Babangida how the country could get out of the political logjam, emphasising that the political heat at the time was “too much”.

He said a “calm and resolute” IBB replied: ‘Femi, advise your friend that when he gets to the Council Chambers next week for the Federal Executive Council (FEC) meeting, he should go and sit on the President’s chair.’

“I found that fascinating and assured him I would pass the message across,” Otedola wrote, adding, “I travelled back to Abuja by road in the evening and went straight to have dinner with Dr Jonathan. I did not waste time in delivering General Babangida’s message to him.

“He nodded and asked me, ‘What do you think?’

“I laughed and said, ‘Be a man, Your Excellency. Go and sit on that chair!’

“He looked at me for some time and responded that he would think about it.

“A week later, on Tuesday, February 9, the National Assembly adopted the famous ‘Doctrine of Necessity’ to make Dr Jonathan the Acting President pending the return of President Yar’Adua from his medical leave. Behind-the-scene moves by prominent Nigerians preceded this decision. The legislative resolution was unprecedented, but the nation had been tensed up. The fault lines were so stoked that an unusual solution was needed to address the unique situation.

“With Jonathan now legally empowered to act as President, there remained the critical optics: would he stand-in for the President confidently and authoritatively? Or would he try to maintain a subdued outlook? The following day was the FEC meeting. As Dr Jonathan entered the council chamber, he was made to sit on the chair of the Vice President—his usual seat.

“As the protocol officer pulled out the VP’s chair, Dr Jonathan marched towards the seat reserved for the President. And he sat on it! That was the moment Dr Goodluck Jonathan took control of power. By that act, he sent a strong signal to all Nigerians that he was now in charge. The same day, Jonathan even reshuffled the cabinet.”

Yar’Adua died on May 5, 2010, and Jonathan was sworn in as his replacement, going on to win the 2011 presidential elections and serving one term in office.

Writing on the need for entrepreneurs to engage with political authorities in one of the chapters of his book, Otedola maintained that such a relationship will benefit the country.

According to him, entrepreneurs’ outreach and dialogue with political leaders, among many positives, will ensure stability and social coherence, guaranteeing economic progress.

He wrote: “While many may see political engagement for entrepreneurs as one-sided—in the sense that only the entrepreneur benefits—the reality is that it could work both ways.

“I tapped into my political connections to contribute my little quota to resolving a power crisis that almost set the country on fire. This example is one of the several instances in which I used my access to the seat of power and political heavyweights to contribute to nation-building and national development. Entrepreneurs need to appreciate the fact that peace for the country is peace for their businesses, too. We need a stable and peaceful country first and foremost.” 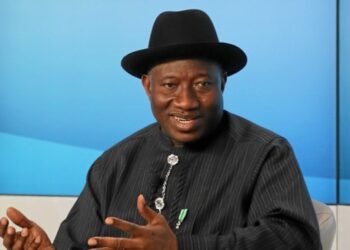 Why we placed embargo on employment - FG