by Olaotan Falade
in Nigeria, Politics, Top Story
15
SHARES
497
VIEWS
Share on WhatsAppShare on FacebookShare on TwitterShare on LinkedInShare on TelegramSend as Email
ADVERTISEMENT

The immediate past governor of Ekiti State, Ayodele Fasoye, has again criticised former President Olusegun Obasanjo for failing to honour Moshood Abiola throughout his eight years in power.

Fayose made the rebuke in a tweet on Thursday. He said the honour done to Abiola by President Muhammadu Buhari is a shame on  Obasanjo, as a fellow Yoruba as Abiola.

Recall that Abiola won the June 12, 1993, presidential election, but the election was annulled by the military government of Ibrahim Babangida.

Abiola later died in detention five years later, having been arrested by the military junta of Sani Abacha for declaring himself president.

However, President Buhari in 2018 recognised Abiola’s mandate by conferring on him Nigeria’s highest national honour of the Grand Commander of the Federal Republic, reserved only for presidents.

He also declared June 12, the day the election was held, as Nigeria’s Democracy Day.

Nigeria had celebrated Democracy Day on May 29 since 1999. This year marked as the first time the celebration happened on June 12.

“It remains a sore-point of his political history that because of ego, Obasanjo, who’s the greatest beneficiary of the June 12, 1993 struggle, failed to honour his kinsman, MKO Abiola. So, I commend President Buhari”, he wrote on Twitter. 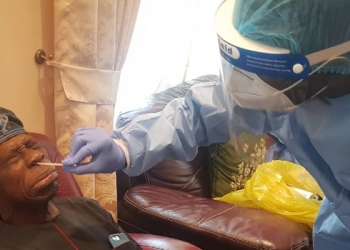