The Peoples Democratic Party (PDP) has commended Nigerians for their resilience in standing up for the unity and survival of the nation in spite the daunting challenges.

The party gave the commendation in a statement issued by its National Publicity Secretary, Mr Kola Ologbondiyan on Monday in Abuja to commemorate the 59th Independence Anniversary of Nigeria.

Ologbondiyan urged Nigerians to keep hope alive and not surrender to challenges seeking to undermine national cohesion, freedom of citizens and the will of Nigerians.

“The PDP notes that the Oct. 1 date remains an undying signpost of our freedom and unity as a nation.

“It reminds of the roots of our national cohesiveness; the sacrifices of our heroes and our determination to live harmoniously and succeed as one people, in all spheres of human endeavours; a national distinctiveness for which we are known and respected all over the world.

“The party celebrates the resilience and industry of Nigerians in various fields within and outside the shores of our country as well as the fortitude displayed by our citizens to remain united in spite of the odds,’’ he said.

Ologbondiyan said that it was, however, depressing that after 59 years of independence and efforts by patriotic Nigerians in nurturing democratic practice and tenets, the country was facing some challenges.

Ologbondiyan, however, expressed optimism that the nation would eventually come out of the woods.

He urged Nigerians to use the occasion of the independence to rekindle their commitment towards the unity, stability and development of the nation.

He said that the commitment should be rekindled especially as the party was at the Supreme Court to appeal the decision of the Presidential Election Petitions Tribunal.

“The party urges leaders at all levels to be committed and sacrificial in the discharge of their duties and desist from empty promises, rhetoric and propaganda, as Nigerians look up to them for solutions.

“The PDP prays for the stability of our nation and wishes Nigerians happy independence celebrations,” he said. 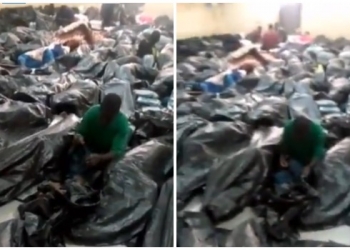