‘Nigerians will pay dearly if Buhari is reelected in 2019’ 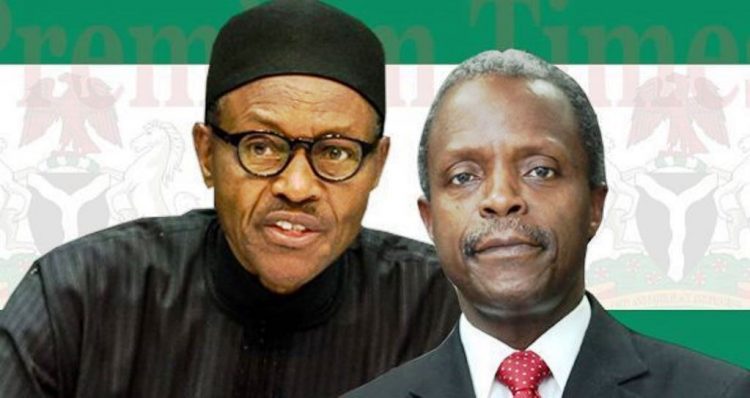 Revered scholar of francophone studies, Prof. Tunde Fatunde has advised Nigerians not to reelect President Muhammadu Buhari for a second term in 2019.

Fatunde, a former Secretary General of the Academic Staff Union of Universities (ASUU), said President Buhari’s performance since assuming office in 2015 was below average.

The Lagos State University scholar who spoke in an exclusive interview with TheNewsGuru.com said things might get messier than they already are should Buhari emerge as president again in 2019.

In his words: “If someone sat for an exam and failed woefully what should be done? The person will have to retake the exams but must first of all take remedial courses before writing the exams again. Buhari is a successful failure. I repeat Buhari is a successful failure. He promised in 2015 to transform Nigeria to a country that is free, prosperous with developed economic indices but none of those promises have been fulfilled till today.

So if someone has failed his first term and you are now going to entrust governance in the hands of such person the second term, then you should expect another round of successful failure. And if by chance Buhari emerges the president of Nigeria again in 2019 then I’m afraid about the future of Nigeria. It is when you sit for a mock exam that you can project what your performance in the real exam will be.

No sentiment about this but if Buhari is returned as president the second time, Nigeria should expect the worst. Junaid Muhammed has said it. He said if Nigerians make the mistake of returning Buhari as president in 2019 then they should blame themselves if situation gets worst from what it is today.”

Fatunde also advised the old generation politicians to pave way for the youths to lead the country in the coming elections.

Asked if the youths have what it takes to fix the country despite years of rottenness and embezzlement of public funds, Fatunde said: “Nobody is indispensable in the history of mankind. You are talking about the youths; Gowon was 28 years when he became head of state. Most of the top generals we talk about today were in their early 30s when they took over power after the civil war. Why are we then belittling the youths? They are not kids. They should be given access to power. If they fail, they will correct themselves. After all nobody is indispensable.

Let me give you an example outside politics to prove that no one is indispensable. In 1968, the World Cup final between Sweden and Brazil. The main striker of the Brazilian team was wounded. They had no choice but to substitute him for Pele who was then on the reserved bench. Pele scored two goals and there and then he became a world champion. Who tells us in Nigeria that if Gowon was 28, Muritala Muhammed in his early 30s, Obasanjo in his early 30s, TY Danjuma also in his early 30s when they assumed power, why would the youths not perform if they are given the chance?

It is simply a cynical and irresponsible selfish observation to say we should not give opportunity to youths to rule the country. Buhari claimed to be allegedly 75 years but look at the man; he’s in and out of the hospital for an illness he has refused to publicly tell us.”

Reinstating the power of coalition to defeat the incumbent, Fatunde advised opposition parties to bury their ego and sentiments to wrestle power from the All Progressives Congress (APC) in 2019. He said doing otherwise might jeopardise their chances and this might have adverse effects on Nigerians across board.

“If the opposition refuses to sink their differences and ego and come up with a united opposition to remove the APC from power, we will have an APC government again but then we should all be ready to face the dangerous consequences of that. My crystal ball cannot say exactly how it will go. It depends on the political elites if they want themselves to be maneuvered out of power to ensure that Buhari continues and if this happens we are all going to face the consequences,” Fatunde said.