by Bayo Millz
in Nigeria, Politics
0

Igini said this at the resumption of collation of results for the Presidential and National Assembly elections in Uyo on Monday.

There have been speculations in the social media that Sen. Godswill Akapbio, who defected from Peoples Democratic Party (PDP) to All Progressives Congress lost the election to the PDP candidate, Mr Chris Ekpenyong.

While Akpabio is a former governor of the state, Ekpenyong was a deputy governor under the administration of Chief Victor Attah from 1999 to 2007.

The REC, however, dispelled the rumour going round on the social media, saying: “Nobody has declared election result in Akwa Ibom North West Senatorial District.’’

The commissioner said that the election at Udung Uko Local Government Area had been cancelled due to violence and ballot box  snatching.

Igini said the collation officer for the local government area,Mr Emeka Adizua, was held hostage on Saturday until the police rescued him on Sunday.

The collation of results for the presidential election in Akwa Ibom is still ongoing. 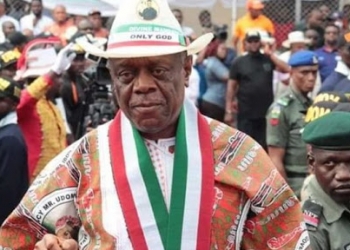 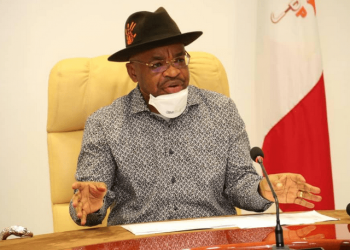