by Emman Ovuakporie
in Nigeria, Politics 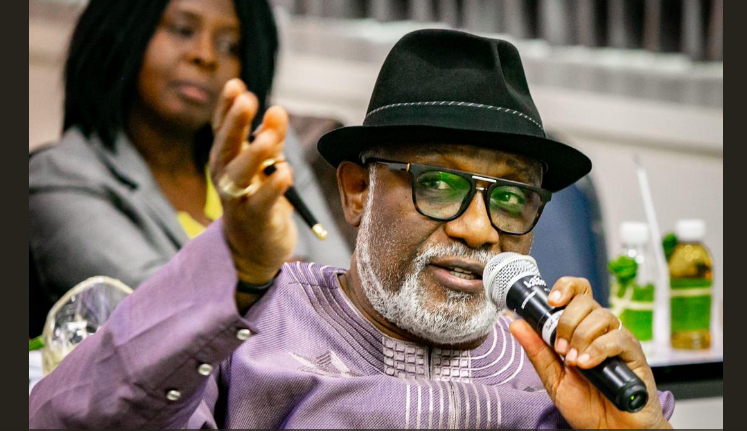 32 aspirants predominantly in the Peoples Democratic Party, PDP  and All Progressives Congress, APC are gunning for Governor Rotimi Akerodolu  of Ondo’s job.

The ruling party, All Progressives Congress, APC has slated July 22 for the state’s guber poll primaries.

The incumbent has not really gotten the blessings of the bigwigs in the party and this  has snowballed into the Edo scenario.

While in Edo it’s almost fait accompli that the powers that be had zeroed their minds to dump the incumbent, in Ondo Akeredolu is still scheming to remain afloat.

If he gets the right connect which might be difficult he might just get the ticket and run under the platform of APC.

But most of his political detractors are within his ruling APC in Ondo and the headquarters in Abuja and this could be a very disturbing signal for the incumbent Governor.

Many of the party bigwigs in the state, their followers across the 3009 units, mobilizers in the South West and Abuja are sworn adversaries of the governor who believe Akeredolu should go back to his law practice rather than govern the state.

Ondo shares a common political affinity with Edo, recall how the PDP traded Edo and Ondo in 2008 when Senator Oseirhemhen Osunbor and Late Olusegun Agagu were removed via the courts in 2008.

Today both states have staggered guber polls because of the court verdicts that altered their guber polls.

As it’s if Ondo APC denies the incumbent a ticket  his possibility of migrating to PDP the second strongest party might be difficult as the political turf there could be very turbulent for him.

The incumbency factor is gradually waning because of strong individuals who weild enormous political influence atimes to the detriment of the party.

Akeredolu got into trouble because of his political firmness over political issues with the foundational fathers of APC.

It was sheer miracle that fetched him the party’s ticket three and half years ago as godfathers of the party were against him.

Same miracle now mayybe a scarce commodity this time around going about the strong political alignment and re-alignment on-going in the state.

Isaac Kekemeke who is from Ese-Odo Local Government  has declared his intention to replace him, he was a former commissioner for works in the state. He has also served as Secretary to the State Government.

Also in the race is  oil business magnate Jimi Odimayo. Odimayo was one of his biggest promoters for the 2016 election.

Another strong APC chieftain from the state who is set to shove him aside is the Executive Director of Niger Delta Power Holding Company (NDPHC), Ife Oyedele.

Before the appointment of Alasoadura he  was highly positioned and favoured as the right man for the ministerial job, considering his closeness to President Muhammadu Buhari and Vice President Yemi Osinbajo.

Oyedele was a strong member of the defunct Congress for Progressive Change (CPC) before the birth of APC after the merger of political parties but lost out in the struggle to make the ministerial list.

Oyedele, who hails from Okitipupa Local Government Area, was said to have played a crucial role in the formation of APC in 2013 and he was being groomed and nurtured to take over the mantle of leadership in the state in 2020 from Akeredolu.

Many of his political friends like Banji Ayiloge, his Campaign Director in 2012; Abdulsalam Taofeek, former Speaker and commissioner; Sola Amodeni, a commissioner too, who left the cabinet, have turned against him.

The same political chess being played in Edo is already in place in Ondo and Akerodolu may just be heading for another platform if elders of APC refuse to crown him come July 22.