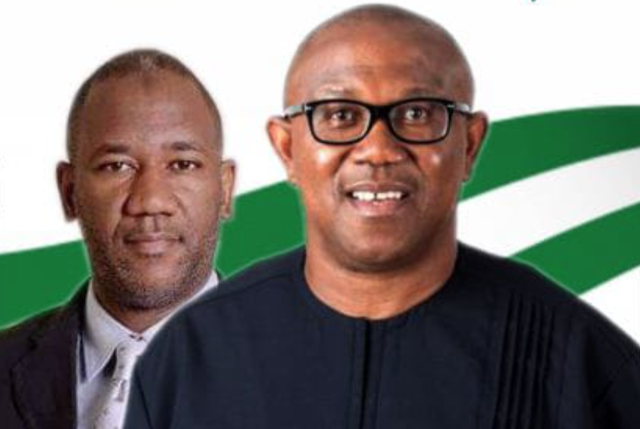 Presidential candidate of the Labour Party, Mr Peter Obi has expressed overwhelming gratitude to his supporters for staging a one million man march across the country in support of him ahead of the 2023 elections.

TheNewsGuru.com (TNG) reports supporters of the Labour Party candidate for the 2023 presidential election and those of his running mate, Yusuf Datti Baba-Ahmed have shut down major cities across Nigeria to hold rallies.

The most prominent of those rallies were held in the federal capital territory (FCT), Abuja; the commercial nerve of the country, Lagos State, and some towns and cities in the Southern and Nothern parts of the country, including Kaduna State, where the supporters were threatened not to hold any rally.

Expressing his gratitude, Peter Obi stated that his supporters have shown the world that Nigeria is ready for change.

He wrote: “Dear OBIdients, today will go down in history as a day Nigerians spoke with one united voice; the message is clear and simple – A NEW NIGERIA IS POSSIBLE!

“The very young, and old men and women in their millions marched in solidarity and in support of our collective vision of a New Nigeria.

“I salute Nigerian Youths. I thank you all most sincerely, for your passion, resolve and resiliency. You have shown the world that Nigeria is ready for change, and that the majority are ready to lead the way. Thank you all for the sacrifices.

“Our labours shall never be in vain and there is no stopping us now. May Almighty God bless you all and bless the Federal Republic of Nigeria”.

Nigeria at 62: "Don’t let anybody deceive you, we are in a war situation"- Adeboye