Operatives of the Economic and Financial Crimes Commission,EFCC have arrived 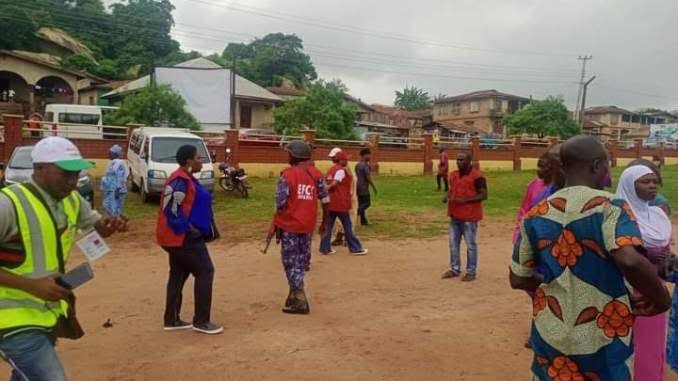 Operatives of the Economic and Financial Crimes Commission,EFCC have arrived
Osun State to monitor the election.

Reports monitored by TheNewsGuru.com, (TNG) have it that the officers were seen at Unit 1, Ward 1 Olotin area of Iragbiji in Boripe Local Government.

The leader of the team, a female declined mentioning her name.

However, she told a major national wireless station that they were monitoring the exercise and no arrest has been made.

The officials wore their jackets branded with EFCC inscriptions and drove their official vehicles to the area.

The presence of the anti-graft operatives, it was learnt, was to discourage vote-buying.

Meanwhile, Governor Adegboyega Oyetola has arrived his polling unit to cast his vote.