by Olaotan Falade
in Columnist, Politics
41 1
0

Recent conduct of council polls in several states, particularly that of Delta on January 6, has evoked memories of the war-like zone the 2015 general elections, and re-runs thereafter assumed in some states. It appears the governors are using the elections as “combat rehearsals” for the main contests in 2019.

But as legendary Fela Anikulapo-Kuti would say, “trouble sleep, yanga go wake am…,” the spokesman of the opposition Peoples Democratic Party, Kola Ologbondiyan, praised the Delta and Ekiti elections as reflecting the loss of goodwill by the All Progressives Congress since 2015, and challenged the party to “conduct free and fair council polls, in states it controls, in order to test its popularity.” So, Delta and Ekiti polls were “free and fair?” Wonders!

Before Mr. Ologbondiyan’s labeling of the APC as “mortally afraid of going into any election, particularly at the grassroots” sinks, let’s remind him that winning council elections in Nigeria has nothing to do with “the goodwill of the people” or popularity; it’s all about who controls the levers of power, who appoints the election umpire, and how far the incumbent authority wants to deploy that power to its advantage.

And especially in the run-up to the 2019 general elections, there’s desperation by state governors, across the political divide, to capture the grassroots, in hope of using same to fight their re-election (as is the case in Delta, Enugu and Akwa Ibom in 2019) or the election of their successors (in Ekiti (2018) and Kwara (2019)).

An article, “As PDP overruns APC at Delta LG polls,” in the Delta State-owned The Pointer of Tuesday, January 13, summed up the above assumption thus: “The winning streak showed itself in Lagos, Kano and Cross River states and it would have been an aberration for Delta State to concede any councilorship seat to the opposing parties. It is a dog eat dog scenario. It has nothing to do with being a gentleman. You either crush or get crushed in the political battlefield.”

Perhaps, fearing such a mindset, former Speaker of the Delta House of Assembly, Mr. Victor Ochei of the APC, challenged the PDP-led administration to “use the election as a test, and see how they are on the ground in Delta, by allowing materials for the election get to the field, elections held, results counted and let’s see how many seats PDP would clinch come Saturday.”

And his word for the Delta State Independent Electoral Commission (DSIEC): “If they know they want to write results, they shouldn’t waste tax payers’ money in organizing an election.” This admonition came two days to the election. But what did we see on Election Day, as gleaned from “live updates” by the media? Unimaginable mayhem that culminated in bloodshed, and destruction of electoral materials and property. Check the headings below:

However, a major complaint was alleged absence of “genuine,” but availability of “fake” result sheets. In a situation like this, what did Mr. Ologbondiyan expect from the election? It’s what the DSIEC announced: “Moon-slide victory” for the PDP. As results were trickling in, the APC slammed the election as a “sham” and called for its cancellation, and a re-run.

The sore point in Delta was the failure to take Mr. Ochei’s bait and allow free, fair, and credible election. Prior to voting, the PDP had a head start of 57 unopposed councilorship seats. And with its incumbency factor, the party could still have got a “landslide” triumph without the violent bravado that characterized the poll.

In Ekiti, given Governor Ayodele Fayose’s electoral theory of “100% of 100” (PDP must win all seats), the APC tactically avoided being rubbished by boycotting the EKSIEC-organized exercise. And the final result was a PDP roller coaster (100% of 100) over other parties.

The council elections in Enugu and Akwa Ibom States did not fair better except in minimized violence. In Enugu, after the ENSIEC, exercising “illegal powers,” initially disqualified 73 APC candidates, but reinstated them on the eve of the election, the PDP scored “100% of 100,” with the APC crying foul. And in Akwa Ibom, the APC had to “withdraw” midway into the balloting “due to its flawed process.” Unprecedentedly, the AKISIEC announced the results through a three-paragraph statement, with the PDP clearing all seats.

The shenanigans in council polls are not limited to the PDP, as the ruling APC in Kwara State secured 100 per cent chairmanship seats in the contest the KWASIEC organized, even as the PDP denounced the conclusion.

As for the APC “deluding itself that it can still win elections in the country, as it did in 2015,” according to Mr. Ologbondiyan, how many of the elections conducted by the INEC did PDP, which has “gained Nigerians’ goodwill,” win in Edo, Ondo and Anambra States? He needs his memory refreshed: that the APC won Edo and Ondo, and came second to the APGA in Anambra. That’s the actual test of popularity! 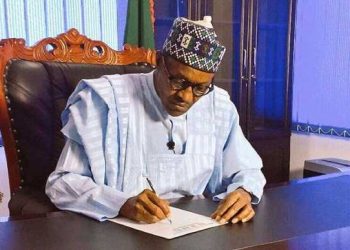