by Olaotan Falade
in Nigeria, Politics, Top Story
41 2
0
17
SHARES
426
VIEWS
Share on WhatsAppShare on FacebookShare on TwitterShare on LinkedInShare on TelegramSend as Email

The Bayelsa State government has expressed its readiness to give full account of its stewardship in the last eight years as part of the ongoing transition programme in the state.

The Commissioner for Information and Orientation, Daniel Iworiso-Markson, made the position of the government known on Friday during the monthly transparency briefing which held at the Conference Room, Ministry of Finance, Treasury Building, Yenagoa.

He said the government deemed it fit to dedicate a period of the transition to reel out its achievements in all the sectors of the state since 2012.

He said the one week programme tagged, ‘Stewardship’, would also provide an opportunity for the incoming administration to take off.

Iworiso-Markson said that the programme would involve commissioners and heads of key parastatals and agencies taking turns to make their presentations in graphic details.

He said that despite some challenges, the Restoration Government did not shy away from its agenda of providing a new lease of life for the people.

He attributed the success of the government to the  leadership style of Governor Dickson and his commitment to use public resources for the good of the people.

He said: “Through the  purposeful leadership of Governor Dickson, Bayelsa has been set on an unstoppable trajectory of growth and development that will continue to be seen in the coming years.

“The Restoration Government has indeed been one that has instilled decency and accountability into the governance of the state as never seen before.

“Bayelsans should expect proper accountability of our stewardship during the programme as every commissioner and heads of agencies will come before the people to present their scorecard.” 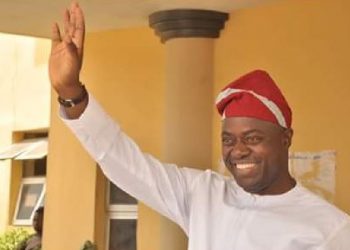