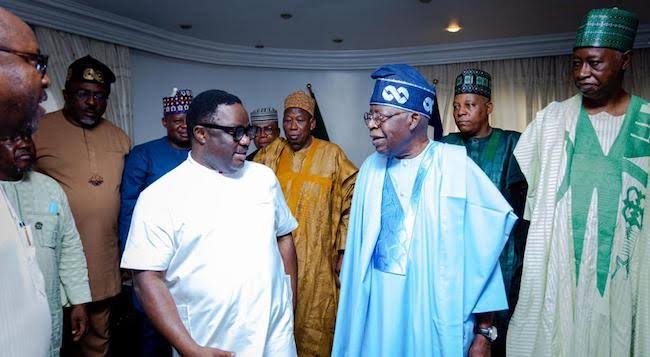 Another core Professor, former Senator and Governor of Cross River State, Ben Ayade in the mould of former Senator, former Edo Governor, Professor Oserheimen Osunbor are on same page that Asiwaju Bola Ahmed Tinubu is the president Nigeria needs in 2023.

Ayade speaking along same line of reasoning with Osunbor said that Nigeria needs the presidential candidate of the All Progressives Congress (APC), Asiwaju Bola Ahmed Tinubu to fix the myriads of challenges bedeviling the country.

Ayade, who spoke on TVC News Breakfast, said Tinubu has the large heart and the experience to turn things around for the good of all Nigerians.

Besides his expertise, the two-term Governor, who coordinates the ruling party’s campaign for the Southsouth region, said the balance of politics also favoured Tinubu.

He said the 2023 general elections will be a watershed of electioneering in Nigeria.

“If you have never headed a government, it is easy to criticise. Bola Ahmed Tinubu has been a head of Lagos State. He has been tested. He has a recruitment process that guarantees confidence.

“He is not somebody driven by ethnicity. He was a Governor that had commissioners outside Lagos State.

“He has a style of having his eyes on ready hands. That means, he delegates and he is sensitive and ready to take charge when there’s a system failure.

“When you look from the distance, it looks easier. I have been a chief executive of a state and I have seen the internal mechanism that delivers failure. Yet, experience remains the best teacher.

“I think that the best way you can test somebody is to run a small system like a governor of a state. So, I think he comes with a lot of experience.

“For instance, he moved Lagos internally generated revenue from N6 billion to N60 billion, setting up a roadmap for the state’s economy that makes the state almost the largest in the whole Africa. So, cumulatively, Tinubu comes with a lot of experience you can’t take away.

“Tinubu has the ability to select competent hands, irrespective of ethnic and religious bias.

“I remember when I was in the Peoples’ Democratic Party (PDP) and I had an issue, I went to Tinubu. He gave his support inspite of the fact that I was a PDP Governor. The country needs somebody with such big heart.

“Besides, the balance of politics favours him because indeed, it is the turn of the South. So, I think he is the right person at this time.”

The Governor also dismissed insinuations that the South-south would be dominated by the PDP, adding that all politics is local.

“If I analyse South-south as whole, you will see that the APC will e sweeping the region.”

The Governor promised to comfortably deliver 1 million votes in Cross River for his party.

According to him, with all the Independent National Electoral Commission (INEC) has put in place, 2023 electioneering will be a watershed in Nigeria’s politics, saying Nigerian’s vote will count.

On his senatorial ambition, he said he decided to return to the Senate to add more value to this country.

He added that a very robust National Assembly, particularly, the Senate leadership can play a major role in the policy thrust of an administration.

“Therefore, coming back to the Senate, and hopefully, at the leadership level, we will be able to provide a direction for the country.

“So, I am coming as a very old high ranking senator with a lot of experience to impact the needed change. 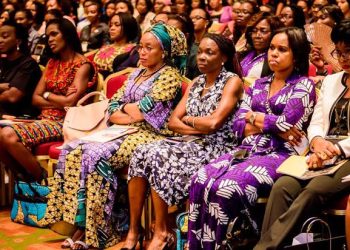