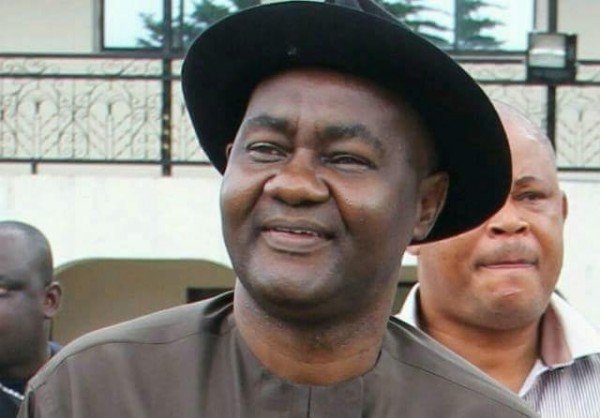 I refuse to choose violence-2face declares

481
Advertisment
Former representative of Rivers South-East Senatorial District at the National Assembly, Senator Magnus Ngei Abe, has declared that violence is not a solution to the lingering crisis rocking All Progressives Congress (APC) in Rivers State.
Abe, who made the declaration at the inauguration of Eleme Local Government Chapter of the Rivers Voice of Freedom (RVF), which was held at Eleme, spoke on the heels of a reported attack on one of his supporters in Eleme on Saturday.
He said: “I am a proud member of the All Progressives Congress (APC). I am one of the founders and leaders of the party. Nobody can wish that away and nobody can take that away. If you have contributed, you have contributed. And all of here have contributed. Without us, there can be no APC in the State.
“That said, you are aware of the current activities going on in the party. You are aware we have been excluded by those powers that be in the State; deliberately to push all of us out of the party for no other reason than associating with Senator Magnus Abe. And I am happy that you have continued to associate with me. I will also continue to associate with you.”The second thing I would say is, we should all fear God. Yesterday (Saturday), when they heard that I would come for the inauguration of Eleme Chapter of Rivers Voice of Freedom, the Minister’s people came here and attacked the man (his supporter).

Advertisment
“I am a citizen of the Federal Republic of Nigeria. Nigeria is a democracy, and we have rights and freedom of association in this country and we are exercising our rights. This is not a parallel congress of any party. Even in places where they held parallel congresses, nobody was set on fire.
“In Rivers State, we are blessed. The national leadership of the party has been to this state more than three times. They have heard us; they issued a statement that they would come here to do revalidation and registration, which was not properly done.
“They issued a statement that they would address the challenges of APC in Rivers State. They have given that commitment. And we are prepared to abide by that commitment and wait for what the national will say.”
Senator Abe said they (his supporters) had not sponsored attack or bought arms for anyone, advising politicians that they should not be intoxicated of power.
He declared: “We have not sponsored any attacks on anybody. We have not bought guns for anybody to go and fight anybody. We have not abused anybody. We have not done anything to take away any other person’s right.
“Therefore, nobody should try to kill you or try to kill us, or try to set people on fire, or try to deny us our rights to freely associate and do what politicians do, which is talk to the people. And we will talk to the people.
“Everybody should fear God. I am saying this to the newly inaugurated EXCO of RVF in Eleme and I am saying this to all of us in this country. Let us fear God. Power is only temporary. And no matter how sweet power is, it will either leave you, or you leave power. It is not forever.”
Advertisment
Tags: Rivers apcSolutionViolence