...insists those who have evidence should show it now 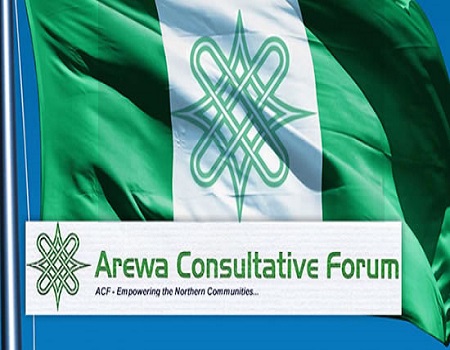 The group expressed concerns over the health conditions of the national leader of the All Progressives Congress (APC), Bola Tinubu.

The ACF demands that any person with a convincing medical report that Mr Tinubu is not fit to run for Nigeria’s president should “come out and speak.”

National publicity secretary of ACF, Emmanuel Yawe, said those with evidence that the former Lagos governor was unwell should save Nigerians the agony of having a sick president take after President Muhammadu Buhari.

“If people have issues or evidence about his (Tinubu) health, let them come out and speak. Let them provide evidence that he is not strong enough to contest for the Presidency or hold the office,” the spokesperson said.

Mr Yawe added that “The people, who have the evidence that Tinubu is not strong enough for the office of Presidency, should save us the agony of having a sick President in office. They should speak out.”

The ACF spokesperson made this statement yesterday against the backdrop of Mr Tinubu’s declaration that he would run for the presidency in 2023.

Referring to the health challenges of late president Umar Yar’Adua, who died in office while sick, the group vowed not to allow any sick candidate become president.

“It is a serious office that will determine the future of millions of citizens. In a complex country like Nigeria, we should not allow somebody that is not medically fit to occupy such office and mess all of us up.

“President Muhammadu Buhari is always travelling abroad for medical attention, and Nigerians would be organising demonstrations to force him back home. It was really embarrassing. We should not allow such things to happen again,” the group said.

Ironically, the same ACF have never spoken out against the deteriorating health conditions of Mr Buhari since he first formed government in 2015, despite several medical tours the president made to the United Kingdom.

In 2015, Mr Buhari spent over 150 days in a hospital outside the country, while the affairs of the nation was being run by vice-president Yemi Osinbajo, yet the ACF remained conspicuously silent.

Urhobo man shows off husband to be on Twitter

Urhobo man shows off husband to be on Twitter

BREAKING: Tennis star, Djokovic to be deported from Australia after losing visa appeal