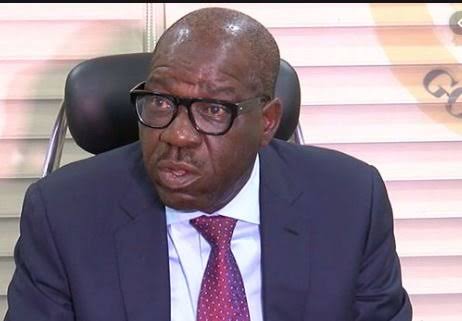 Gov. Godwin Obaseki of Edo said on Thursday that the state would resist any attempt by anybody to forcefully take over the state House of Assembly.

Addressing newsmen at the assembly complex in Benin, Obaseki said he would do everything within his constitutional powers to protect the sovereignty of the house and the state.

The governor’s statement was not unconnected with media reports credited to the Speaker of the house, Francis Okiye.

Okiye had alleged that Gov. Hope Uzodinmm of Imo and the impeached Deputy Speaker of the house, Yekini Idiaye, had planned to import a fake mace to violently take over control of the assembly.

“Nigeria is governed by the constitution and President Muhammadu Buhari has always said we must follow the rules of law and do things according to the law.

“For us as the executive, we will use the instrument available to us constitutionally to protect the house and the state,” Obaseki said.

The governor, however, urged the house to go about its normal duties as a parliament as prescribed by the constitution.

Also, the Deputy Governor, Philip Shaibu, said the state government would not allow other members of the assembly whose seat had been declared vacant to take over the house.

According to him, the affected elected legislators have yet to be constitutionally inaugurated.

He also called on the president to intervene in the alleged plot to destabilise the state assembly.

Meanwhile, the entrance and exit gates of the assembly complex have been barricaded with sand and gravel, while some people have seen removing the roof of the building.

The speaker said the house was currently under renovation and the presence of security operatives at the entrance of the complex, scared the contractor and workers away.

“We are going to keep vigil here to forestall the alleged illegal invasion of the house by anybody,” Okiye said.