by Olaotan Falade
in Columnist, Politics 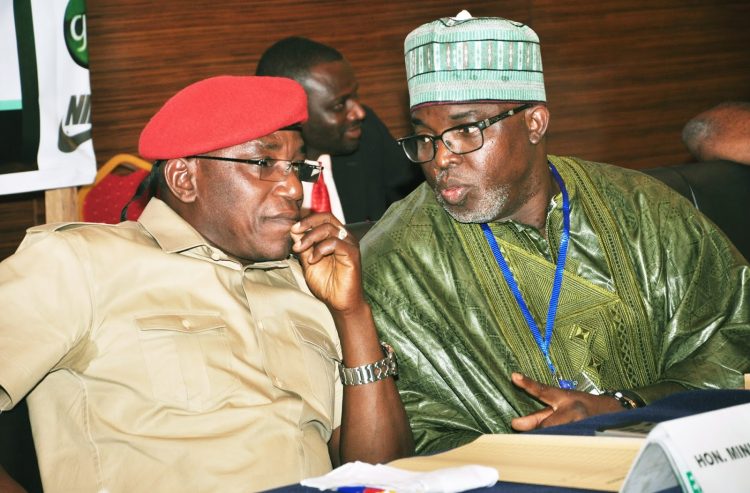 Football has almost become a way of life for Nigerians. Take it away from them, and you steal the only source that seems to bind them together. That would have been their lot had Nigeria failed a Federation of International Football Association (FIFA) compliance warning on August 20, 2018, following alleged government interference in the affairs of the Nigeria Football Federation (NFF).

For its last-minute intervention in the crisis that has factionalized the NFF into two camps, the country escaped being banned, for the second time in four years, from all FIFA and CAF organized and sanctioned football events.

The first FIFA embargo was in 2014 when the government interfered in the running of the Federation, by sacking, on account of a court judgment, its leadership that was preparing for congress, and replaced it with a sole administrator.

Coincidentally, the latest impedance resulted from a court-ordered replacement of the NFF administration recognized by FIFA, which had given a deadline of noon of August 20, for the government to reverse the decision or the NFF would be suspended from regional, continental and international football engagements.

Had Nigeria snubbed the FIFA warning, the injunction, as it was in 2014, would have come with a bang, the immediate being a debilitating humiliation of the country and its millions of soccer-crazy inhabitants.

Going by the FIFA Statutes (Article 14 par. 3), and the wordings of its 2014 ban, no team from Nigeria (including clubs) could have any international sporting contact; the NFF, during the period of suspension, may not be represented in any regional, continental or international competitions, at club level, or in friendly matches; and neither the NFF nor any of its members or officials may benefit from any FIFA or CAF development programmes, courses or training.

Similarly, if FIFA had restrained Africa’s highest-ever ranked nation last week, it would be prevented from a 2019 Africa Cup of Nations qualifier in Seychelles and the U17 African zonal qualifiers in Niger, both in early September; while hard-fighting Enyimba FC would be precluded from this year’s CAF Confederation Cup.

And talking about coincidences, both the 2014 FIFA ban and the aborted 2018 suspension were after Nigeria’s ouster in the FIFA World Cups in Brazil and Russia, respectively.

The aggregation of these happenings stirred a huge sigh of relief and elation in millions of Nigerians when FIFA said it would no longer suspend Nigeria, as the government had reinstated the Amaju Pinnick-led NFF executive in place of the court-imposed Chris Giwa committee.

It would be a bore to recount the shenanigans of Messrs Giwa and Pinnick, who organized different congresses to put themselves at the helm of affairs of the Federation in 2014. But while Pinnick’s election got FIFA’s backing, Giwa resorted to the courts to assert his suzerain over the NFF, in defiance of the FIFA Statutes, which forbid taking out court causes in football matters.

Because of the Nigerian government ambiguous and ambivalent stand on ‘Giwa today’, ‘Pinnick tomorrow’, as Chairman of the NFF,  FIFA threatened to wield the big stick on August 20. But that was averted by Acting President Yemi Osinbajo (as he then was), who affirmed Pinnick and his executive, as the leadership of football in Nigeria.

Osinbajo, through a tweet by his spokesman, Laolu Akande, said: “The FG (Federal Government) has already conveyed to FIFA its firm position recognizing Amaju Pinnick-led NFF as the current and only NFF exco,” adding, the “government is upholding NFF treaty obligations to FIFA.”

Acknowledging receipt of government’s confirmations, FIFA issued a statement on the eve of the supposed ban: “In view of these circumstances, FIFA deems that the conditions set by the decision of the Bureau of the FIFA Council have now been met and consequently the suspension of the NFF will not take effect.”

Naturally, Giwa felt bad about the turn of events, and hoped that the courts could still award him the headship of the NFF. But it’s unimaginable that the Minister of Sports, Mr. Solomon Dalung, would continue to inject himself into the controversy he has failed to resolve in four years.

Below is his diatribe: “This crisis cannot be solved with a temporary measure or scratched on the surface. The intervention of the Vice President should not be viewed as different from an attempt to abate an escalating situation.

“We are a constitutional democracy and the doctrine of separation of powers is the foundation of democratic experience. Therefore, the Rule of Law is the only mechanism that guarantees liberty and freedom of citizens.”

Perhaps, Dalung is pained that Vice President Osinbajo, a Professor of Law, allegedly breached the law by not allowing FIFA’s suspension of Nigeria from its footballing activities. Being a signatory to FIFA’s Statutes, which forbid non-interference in national football associations, could Nigeria impugn the Statutes it swore to uphold? Is that the principle of upholding the Rule of Law, as defined by Dalung?

From his outburst, the Minister preferred FIFA had banned Nigeria, for the same “citizens” to turn against the government for not doing the needful, which the Vice President did in the circumstances.

So, should Dalung, a Lawyer, “who took oath of office to protect and defend the Constitution of the Federal Republic of Nigeria,” still remain in a government that refused to “stand with the Rule of Law,” but “the opinion of men”? The path of honour is for him to resign from his office, or be shown the way out. Enough of his antics! How we can strengthen our democracy – Ehi Braimah