by TheNewsGuru
in Press Release
Reading Time: 8 mins read
A A
0 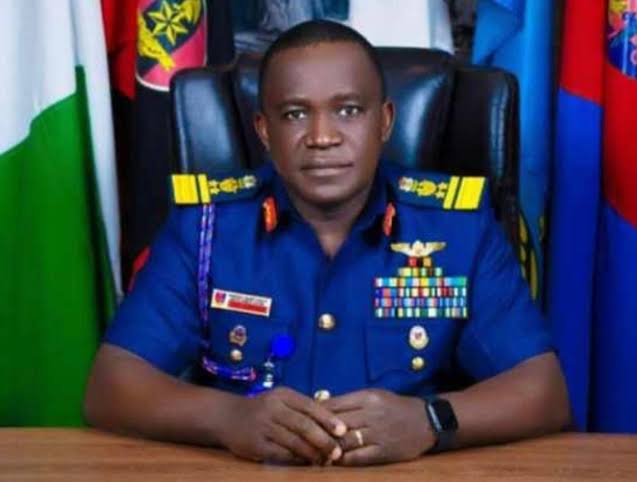 In the spirit of nation building the Chief of Air Staff, CAF, Air Marshal Isiaka Amao has said that he has taken many bold steps to reposition the Nigerian Air Force in the last one year.

Air Marshal Amao’s vision for the NAF seeks ‘To enhance and sustain critical airpower capabilities required for joint force employment in pursuit of national security imperatives’. To give bite to the vision, the CAS fashioned out 5 main key drivers which included:

He said that the doctrines are essentially based on analysis of the contemporary security environment as well as the operational experiences of the Service and the collective beliefs. Accordingly, all relevant competencies in the NAF are now guided by updated doctrines that are quite germane to NAF present operations. He has also pursued his vision for the Service, which among others, included, “to enhance and sustain critical air power capabilities required for joint force employment in pursuit of national security imperatives.”

The vision is hinged on five key drivers namely; focus on doctrinal development and application of airpower in joint military operations, pursuit of purposeful training and human capacity development as well as sustenance of platforms and equipment serviceability through innovative maintenance methods and logistics support systems. He highlighted that the other key drivers include fostering a disciplined workforce essential for combat readiness and bolstering morale by improving personnel welfare.

In the last one year the NAF has winged 56 pilots who graduated from various pilot courses both at home and abroad. In the same vein, officers, airmen and airwomen of the NAF are currently undergoing training in various countries including the United States of America, South Africa, India, Belgium, Egypt and Pakistan, amongst others. In addition, hundreds of personnel across all specialties are also being trained locally despite budgetary constraints. The NAF has also significantly boosted the capacity of its Regiment and Special Forces with additional training and equipment to improve operations in the fight against insurgency and other forms of criminality. Other areas that have received significant capacity boost include the training of engineers and technicians, Information and Communication Technology (ICT), education, administration and medical professionals amongst others.

In keeping with one of his key drivers which harps on purposeful training and human capacity development, the Aircraft Engineering Branch made concerted efforts to secure some foreign training slots for NAF engineers which were approved by the CAS. Other achievements include the conduct of Master Technician Course at Flight Safety International Wichita, USA, Advance Maintenance training on Mi-35P helicopter by Ukrainian Technical Team at 115 SOG, Conduct of Avionics Components Repair Course at CAOCC and NAFTRAC training of 453 aircraft engineering personnel on 13 aircraft types in the NAF. Major feats were also recorded in the sustenance of platforms and equipment serviceability through Innovative maintenance methods and logistics support systems.

The NAF embarked on construction of road and renovation 1 x Block of classroom at the Air Force Comprehensive School, Yola while it renovated the dilapidated Air Force Primary School, Ilorin to improve the quality of education in NAF schools. These are geared towards provision of qualitative education for dependants of personnel as well as members of the host communities.

To enable NAF personnel and those outside the Service have the opportunity to channel their complaints and grievances against the Service or its personnel, the CAS during the year established the Office of the Ombudsman. The Office will serve as an independent instrument that will provide an objective and compassionate channel for seeking redress. In a bid to stimulate better welfare packages for NAF veterans and their families, the CAS also established the Directorate of Veteran Affairs. The Directorate is responsible for interfacing with similar structure s in sister Services towards harnessing necessary benefits for NAF retirees under existing Federal Government programmes for veterans, among other responsibilities.

Since the outbreak of the novel Coronavirus (COVID-19) the NAF airlifted several government officials, equipment, and medical supplies in response to the outbreak. The Service also ensured that its Liquefied Oxygen (LOX) plant is on 24 hours operation to ensure uninterrupted production and supply to Isolation Centers across the country. In 2021, the NAF airlifted COVID-19 medical relief materials donated by the Economic Community of West African States (ECOWAS) and other donor partners like Team Europe, the German Government, United Nations Development Programme & Deutsche Gesellschaft Fur Internationale Zusammenarbeit (GIZ). The relief materials were airlifted from Nnamdi Azikiwe International Airport to 14-member nations of ECOWAS. Additionally, in line with Mr President’s mandate to contribute towards winning the peace in troubled areas in the Country, the NAF has emplaced programmes aimed at alleviating the sufferings of IDPs as well as win the hearts and minds of those affected by the activities of BHTs and other criminal activities.

In his determination to improve the poor welfare package of temporary teaching staff in NAF Schools nationwide, which has been left unattended to by successive administrations, Air Marshal Amao recently approved a 50 per cent upward review of all temporary teachers in NAF primary and secondary schools nationwide. This increment is across board for both BSc and NCE certificate holders teaching in NAF Schools across the country. This has no doubt enhanced the morale of the teachers and improved their standards of living with positive consequences on their teaching outputs. The pupils of AFMS and AFGMS Jos also benefited from Air Marshal Amao’s magnanimity as he approved a 66.67 per cent increase of their ration allowance from N600 to N1,000, a measure which will go a long way in enhancing their nutrition and learning as well.

The NAF, in the last one year, has invested substantially in R&D to develop unprecedented capacity to surmount current and emerging security challenges while also enhancing its operational viability. These breakthroughs were realized under the guidance of the CAS, through the Air Force Research and Development Centre. Some of the R&D breakthroughs recorded included the refurbishment of unserviceable rocket launchers and BMGs back loaded from operations, test firing of locally produced 18-tube rocket launchers for A-jet aircraft and the production and deployment of 30.1mm rocket to 271 NAF Det Birnin-Gwari for operational usage. There were breakthroughs in the installation of generating system on Tsaigumi UAV, repair of quantity 2 x C-130H nose Radomes and production of a PGM prototype. These innovations have no doubt enhanced NAF’s operations and reduced to a large extent NAF’s over-dependence on foreign assistance thereby enabling the country make savings on foreign exchange.

Realising that the availability of key infrastructures such as accommodation, roads and water in NAF Bases nationwide enhances morale of troops which have positive implications on NAF operational output, the CAS has given approval for the construction of Concrete Platforms for Aircraft Arrestor System for the newly inducted JF-17 Aircraft at NAF Base Makurdi and the expansion of Military Apron and resurfacing of part of old runway and taxiway at 105 Composite G Maiduguri. The CAS also approved the construction of aircraft shelter and concrete pavement at NAF Base Bauch and helipad at Forward Operating Base, Ogoja. These efforts are aside the over 100 blocks of different types of living accommodation at various levels of completion in NAF Bases nationwide.

Upon assumption of office, Air Marshal Amao immediately approved the implementation of the NAF paperless process automation solution. This initiative which is currently at an advanced stage and the first of its kind in the entire Armed Forces of Nigeria, became necessary having observed NAF’s overdependent on paper in its daily correspondences, which has negative environmental impact and makes.

Amao has said that the NAF successes depends largely on human resource, technical and logistics support. Amao reiterated this at the Air force Institute of Technology (AFIT) 1st International Conference on Data Science and Engineering in Kaduna.

The two-day conference had the theme “Embracing Digital Transformation”.

Amao noted that NAF also depended mainly on engineering, ranging from airpower, aviation and integration of data with engineering.

He explained that data science and engineering was also very imperatives to the air force and that the conference would provide an opportunity and enabling environment for researchers, engineers, scientists, technologists, industrial specialists and decision makers to share experience and proffer solutions to issues concerning engineering as it relates highly to NAF. He was represented by AVM Emmanuel Chukwu, the Chief of Staff, Air Training Command.

Presenting a paper, Prof. Amos David of the department of information and communication services, Lorraine University, France, advocated for pervasive system of engineering, which required less human intervention because automated processes were included into objects.

“Therefore, you have sensors and data capture, and process them to organise things, however, the problem is what to be collated and for what purpose. He explained that the pervasive process would help in tracking criminals.

“For instance, if you book for flight or train, once you start the process there are traces of every data inputted in the system,” he explained.

The conference was very germane to AFIT, to help them complement the type of training they give to students. The objective of setting up AFIT was to enhance the maintenance capabilities of NAF personnel. That is the aircraft, and their aircraft platforms are highly computerised with technical systems. This is where conferences like this especially on how to capture, analyse and control their system is very important.

It is, therefore, with deep sense of responsibility that he promise that NAF must move determinedly and at great speed too to achieve the set goals the President and people as well as the resources have clearly marked for NAF.” In all, we will make the country proud,” he said.

However, postings and redeployments in the military are routine exercises intended to reinvigorate the Services for greater performance, enhanced productivity, operational efficiency, and effective service delivery. It is in view of the foregoing that Amao has recently approved the appointment of new Branch Chiefs, Air Officers Commanding (AOCs), Commandants of tri-Service and NAF institutions as well as Unit Commanders.

Other notable senior officers posted are former Air Force spokesperson, Ibikunle Daramola who is now the AOC, GTC, Enugu and Abubakar Liman, an Air Vice Marshal who is now the spymaster (Chief of Air Intelligence).

Air Marshal Amao charged the officers to put in their best in order for the force to consolidate on the gains being recorded against all forms of criminality in the Country.

While congratulating the new appointees, the Chief of Air Staff, charged them to continually task and explore their critical thinking mind-sets towards proffering workable solutions and strategies to be deployed against the various security challenges in the Country.

This, the CAS noted, is imperative particularly at this period that the NAF, in tandem with sister Services and other security agencies, are consolidating on the gains being recorded against all forms of criminality in the Country. The newly appointed and redeployed senior officers are expected to assume their new offices on or before Friday, 7 January 2022.

He said the NAF would continue to do its best by leveraging credible partnerships, focusing on enhancing professionalism for high performance as well as motivational initiatives to create an enabling environment for its operations and personnel to thrive.

Amao promised to use his rich knowledge and experience, armed with this robust vision, to move the Nigerian Air Force to the next level, while building on the successes recorded by his predecessors.

“We will deploy some brave efforts to rescue our country from the despair that have been our lot. While I will sustain the strides attained by my predecessor, I will join hands with sister agencies to take Nigeria to the status of a work-in- progress. It’s very important to state here that we still need concerted effort to strike out in new direction.” 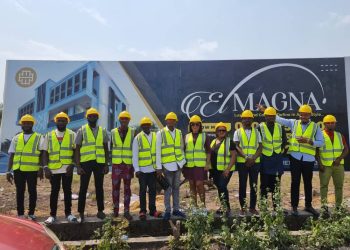 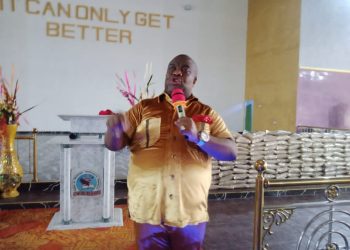 VODIO gives out gifts to thousands of widows – By Daniel Bayagbon