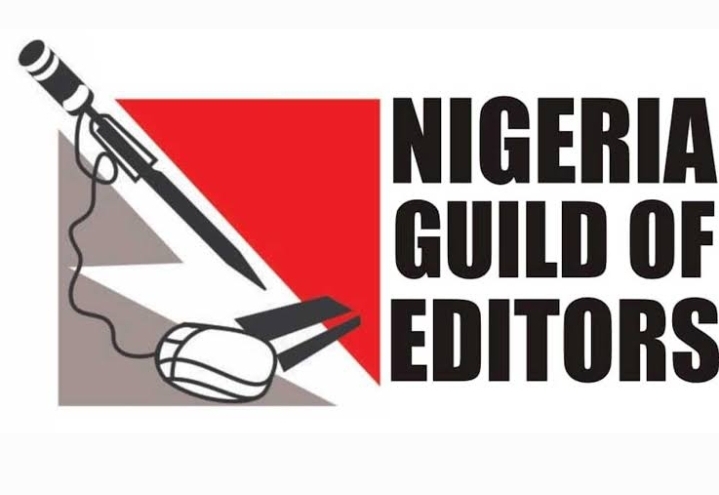 The Nigerian Guild of Editors (NGE) has received $226,889 (equivalent of about N93.3 million) from the United States of America through its embassy in Nigeria, to facilitate activities aimed at strengthening the capacity of its members to understand, appreciate and deliver on their constitutionally assigned responsibility to hold government accountable to the people.

In a press statement issued yesterday by the NGE’s President, Mustapha Isah and the General Secretary, Iyobosa Uwugiaren, the professional body of editors, said the capacity building will include training programmes for Editors and other senior journalists on Press Freedom/Democracy, as well as Town Hall meetings on media regulation framework.

‘’The project also entails printing and distribution of the Journalism Code of ethics, and strengthening of the NGE’s website – news alerts on media violations.

“These capacity building conferences, which will hold in the six geo-political zones across the country, are to provide a platform for editors to be reminded of the sacred duties they are tasked to perform by the constitution on behalf of the citizens’’, the NGE stated.

‘’Drawing copious examples from the advanced democracies around the world, like US – after which the Nigerian constitution is formed, the conferences are expected to instil in the editors the need to perform their duties with the highest form of standard and sense of responsibilities.’’

The body of all Nigerian editors hopes that a responsive and professional media will have the spin-off effect of keeping the government on their toes, holding government accountable to the citizens, securing the confidence and support of the citizens and the international community and advancing the democratic growth and consolidation.

Explaining other components of the project, the NGE added that it will also strengthen NGE’s website to meet up with the demands for news alerts on media violations, public feedback and complaints on allegations of malicious media reportage.

‘’This would provide an opportunity for the Guild to strengthen its online presence to promptly disseminate current information with members and the general public, including international partners and audiences.

‘’A third component is the printing and distribution of Nigeria Journalism Code of Ethics to all journalists, including editors to popularise among editors and senior journalists the professional code of ethics that guilds their profession and have these instilled in their sub-consciousness and serve as a guiding principle.

‘’It will also help to promote good governance, transparency and deepening of democracy through objective media practices that effectively demands accountability from those in authorities towards advancing the socio-economic well-being and rights of the people, and enrich their cultural practices, and human rights, in line with the values expected of a modern democratic state’’, the statement explained.

The NGE said that at this critical point in Nigeria, especially as it moves towards 2023 general election, the country needs a media that can help set social and political agenda in support of a better society, helping to build visions of hope, nudge Nigerians and Nigeria on the path of development, social reengineering and renaissance.

On the Town Hall meetings component of the project, the statement explained that it will provide a huge opportunity for stakeholders to assess media performance in consolidating Nigerian’s democracy and outline an agenda for the future.

The NGE said that it has also planned strategy meetings with Newspapers Proprietors Association of Nigeria (NPAN), Nigeria Union of Journalists (NUJ) and other media focused NGOs on framework for self-regulatory for Nigerian media.

‘’This will provide a platform for media stakeholders to undertake self-introspection and develop a framework for media regulation, which will not only have their buy-in but also improve the standard for media practice in Nigeria thereby reducing, if not eliminate, incidents of sub-standard and unprofessional reportage in the Nigerian media.

‘’Such conversations and hopefully eventual adoption of self-regulatory framework could also have a regional spin-off whereby countries within the region, and indeed Africa, could be encouraged to borrow a leaf from the Nigerian example, as was the case with the adoption of a Freedom of Information Act in Nigeria subsequently having a positive spin-off in Ghana’’, the NGE added.

On the expected impact of the project, the editors said that a pool of Nigerian editors and media managers will be galvanised and will be committed to the highest ethical standard and taking robust actions to ensure same. And committed to the promotion and protection of the right to independent press, freedom of expression and the deepening of democratic space.

The NGE also hoped that at the end of the project, mobilised pool of editors will be constantly projecting issue-based governance in defence of the mass of the Nigerian people in line with Section 22 of the 1999 Constitution of the Federal Republic of Nigeria.

According to the statement, the programme looks to galvanise the key stakeholders to act responsibly and deny the authorities the moral authority to take punitive actions against the media for performing their constitutionally assigned role to hold the government to account, and to the general citizens the right to hold and voice their opinions on the conduct of public officers.

From the timelines of the project, the South-west conference and the Town Hall meeting will hold in Lagos between December 2 and 4.

I could see myself in a Man City shirt – Jorginho

I could see myself in a Man City shirt - Jorginho