by Bartholomew Madukwe
in News, Religion
Reading Time: 4 mins read
A A
0 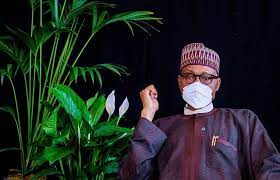 President Muhammadu Buhari has said the current spate of uncertainty and insecurity will soon unfold a season of triumph of good over evil, as he congratulates Nigerian Christians on this year’s Easter celebration.

Buhari, in his Easter message, said “I join our Christian brothers and sisters to celebrate this year’s Easter, which is the most significant event/festival in the Christian calendar.

“This year’s celebration is very unique for adherents of the two great faiths in Nigeria. It culminates the 40-day season of Lent for Christians, where the faithful is expected to fast, pray, assist the poor, abhor injustice and strife, give alms, penitently engage in self-examination and repentance of sins.”

He noted that similar values apply to the Muslim faithful, currently about half-way into the holy month of Ramadan.

Atiku, a Peoples Democratic Party’s presidential aspirant, called on Nigerians to emulate the virtues of love and sacrifice which characterized the life of Jesus Christ.

In a message released by his media office in Abuja, the former President stressed that the two qualities of love and sacrifice are essential to the unity that Nigeria so desperately needs at this time when vested and provincial interests threaten to tear our nation apart.

“It is also a time for all of us — regardless of faith, or ethnicity — to come together to pray for the peace of our nation. We must all remain constant in our efforts to promote unity — across all lines — because united, our nation remains stronger and we thrive as a people,” he said.

Bello, in a statement by his Chief Press Secretary, Muhammed Onogwu, congratulated Christians for the successful completion of the fasting period which he noted was much-needed self-denial in order to pray for the peace of the country and wisdom for its leaders.

The governor said just as the death, burial and resurrection of Christ signified hope for mankind, there must be a rekindling of hope for Nigeria in this season of challenges.

He, therefore, urged Christians to reflect on critical issues affecting the nation and to continue seeking the face of God for the nation so that security, unity and peace will prevail in the overall national interest.

Meanwhile, the Christian Association of Nigeria has expressed disappointment in the regime of President Buhari over the security challenges in the country and worsening economy but said the nation would rise again.

The organization said the situation in Nigeria, “without an iota of politics looks very gloomy.”

The President of CAN, Dr. Samson Ayokunle, expressed the views in his Easter message titled, “Hope in the midst of gloom: Nigeria will rise again”, obtained by journalists in Abuja on Thursday.

While congratulating Christians, he said arrest of Jesus by evil men and the so-called religious leaders, his crucifixion and burial were the greatest shocks in the life of his disciples.

According to him, although Jesus told them several times that it was going to happen, considering His miraculous power, they thought nobody would be able to arrest, not to talk of crucifying him, addin, “they understood not the scripture that Christ must suffer first before entering into his glory and be Lord over all.

Ayokunle said, “Jesus remained three days in the grave as if he was not going to resurrect. However, on the third day, there was a great happening. There was an earthquake, the foundation of the earth was shaken and Jesus Christ, the King of Glory, the Lord of lords rose triumphantly from the dead. His resurrection brought smiles to the faces of his disciples and shame to his enemies.

“Fellow Christians and fellow Nigerians, the situation in the country today, to say the truth, without an iota of politics looks very gloomy. There seems to be nothing to celebrate because of unimaginable insecurity. Despite the efforts of the government to arrest the situation, the scope of insecurity keeps expanding to our consternation.

“Coupled with insecurity are other challenges such as mass unemployment, industrial disharmony, especially that of Academic Staff Union of Universities, just to mention but a few.

“The prices of goods and services have risen in a way unprecedented in our country before and entrepreneurs are relocating to other countries that have better ease of doing business. Is there anything that calls for celebration in all these things we are facing?

“Yes, there is. Nothing is worse than death! If Jesus died and was buried, putting his disciples in the greatest state of disappointment and sorrow but afterwards rose from the dead, then, Nigeria is going to be great again. This nation will rise from all the challenges we are facing and we Nigerians are going to rejoice and be proud of our nation again in the name of Jesus Christ.”

Also, the Inspector-General of Police, Usman Baba, has ordered intensive security patrol of all public spaces and critical national assets ahead of the Easter celebrations.

Specifically, he directed all state Commissioners of Police and their supervising Assistant Inspectors-General of Police to ensure adequate deployment of police personnel, and operational assets in areas of security interest within their respective areas of responsibility.

The acting force spokesman, Muyiwa Adejobi, disclosed in a statement on Thursday that the IG also instructed the supervising officers to ensure that “confidence-boosting, proactive, and high visibility patrols” are carried out along the highways, motor parks, train stations, airports, worship centres, recreation centres, banks, and other financial institutions while taking adequate measures to provide a peaceful, crime-free, and enabling environment for religious, cultural and other socio-economic activities to thrive.