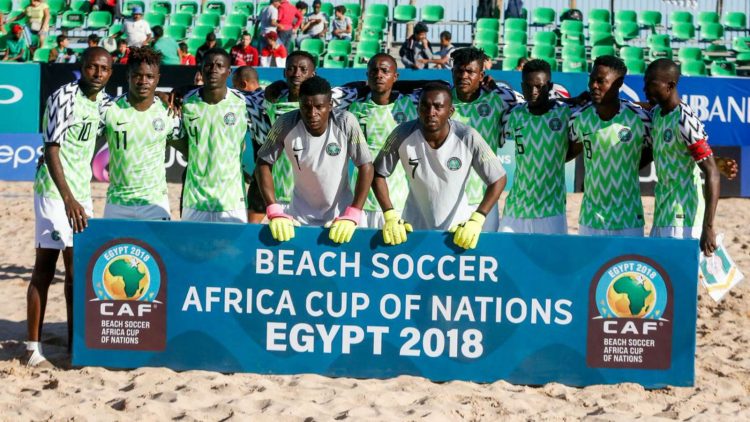 Nigeria will face five-time world champions Brazil, Portugal, and Oman in Group D of the preliminary round of 2019 Beach Soccer World Cup Paraguay.

The draw was held on Friday evening at Conmebol Convention Centre in Asuncion.

The Sand Eagles qualified for the competition having finished as runners-up in 2018 Africa Beach Soccer Cup of Nations staged in Egypt.

According to the draw, Nigeria who are making their sixth appearance on the global scene must navigate their way past the South Americans, Europeans and Asians to reach the quarter-final.

Brazil denied the two-time African champions a place in the semi-final after winning 10-8 after extra-time in Italy 2011.

Coach Audu Adamu’s men will begin their quest for glory when they take on 2015 winners Portugal on November 22.

Oman will be up next two days later before they try Brazil for size on November 26.

Elsewhere, African champions Senegal were handed a tricky pool, having been bracketed with debutants Belarus, Russia and the United Arab Emirates.

VIDEO: See the gory state of what used to be the Benin- Warri expressway. You will be shocked