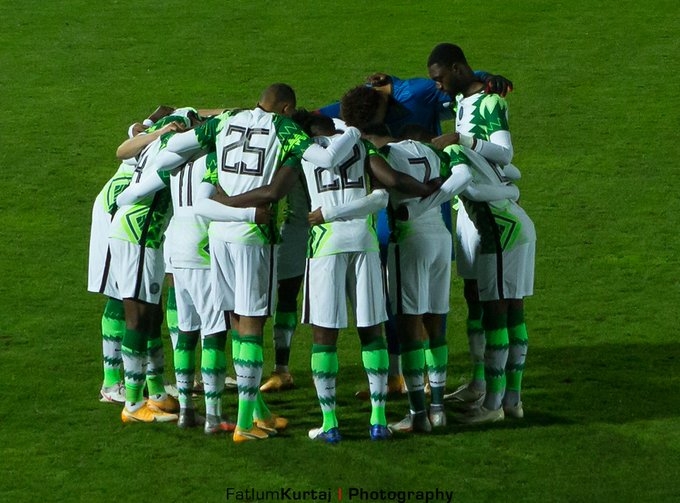 Twenty-two players have reported at the Super Eagles camp in Lagos by Tuesday ahead of their 2022 FIFA World Cup African Qualifiers Day 3 encounter against the Central African Republic (CAR).

Ademola Olajire, Director of Communications at the Nigeria Football Federation (NFF), said in a statement on Tuesday that only Netherlands-based goalkeeper Maduka Okoye was being expected out of the 23 invited.

Thursday’s encounter at the Teslim Balogun Stadium will kick off at 5 p.m.

A win will confirm Nigeria’s readiness to leap into the knockout phase of the qualifying series early, ahead of the March 2022 date for that all-important phase.

Les Fauves, whose 35-man contingent flew into Lagos on Tuesday evening, are bottom of Group C with only one point and one goal for and two goals against.

They trail the Blue Sharks of Cape Verde on inferior number of goals scored.

Leicester City’s Kelechi Iheanacho had scored a brace to kickstart Nigeria’s campaign on a fine footing early in September.

This was before Victor Osimhen’s equaliser and a spectacular own goal by Blue Sharks’ defender Kenny Santos Rocha.

They both combined to hand the Eagles all the points in the island of Mindelo to put them in firm control of the pool.

With the return encounter against the Les Fauves already billed for the Stade Japoma de Douala on Sunday, the Super Eagles are eyeing a possible six points.

This will make them unassailable in Group C, ahead of the last two games away to Liberia and home to Cape Verde in November.

The referee assessor is Jerome Efong Nzolo from Gabon and the match commissioner is Marcelin Gaha Djiadeu from Cameroon.

Salami Abdulrahim of Nigeria will be the game’s medical officer 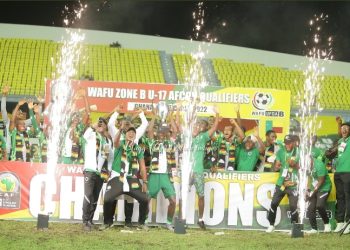