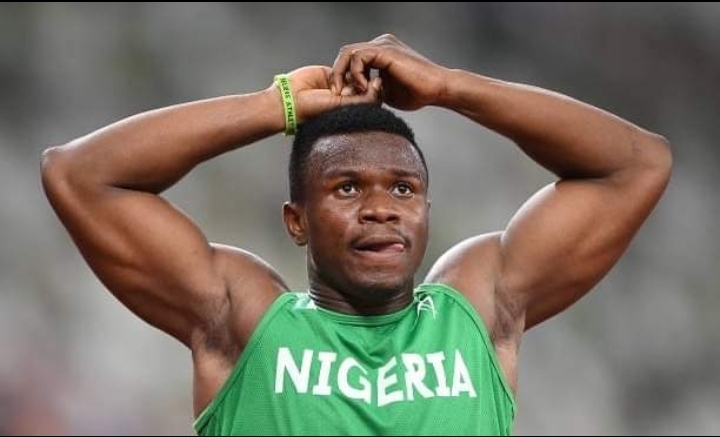 Enoch Adegoke on Sunday at the 2020 Olympic Games in Tokyo failed to deliver when it mattered as he pulled up injured in the final of the men’s 100 metres.

The 21-year-old Nigerian had delighted his compatriots by storming into the event’s final earlier in the day to raise hopes for the much-awaited medal after series of disappointment for Team Nigeria.

Adegoke had qualified with a time of 10.00 seconds in second place from semi-final 2.

A Message from Tokyo, By Dennis Onakinor

It was achieved moments after teammate Usheoritse Itsekiri had failed to qualify after finishing seventh in semi-final 1 with 10.29 secs.

Even then, it was more assauging for Team Nigeria after Divine Oduduru’s disqualification in the event in round one on Saturday.

NAN reports that this is a team now with several dashed hopes, following Grace Nwokocha’s loss in the women’s 100m event and 10 teammates being declared ineligible.

The team may now look forward to redemption from Tobiloba Amusan in the wonen’s 100m hurdles, Ese Brume in the women’s long jump and Nwokocha in the women’s 200m.

How Gov Umahi is sponsoring terror in Ebonyi State - Senators, Reps and others