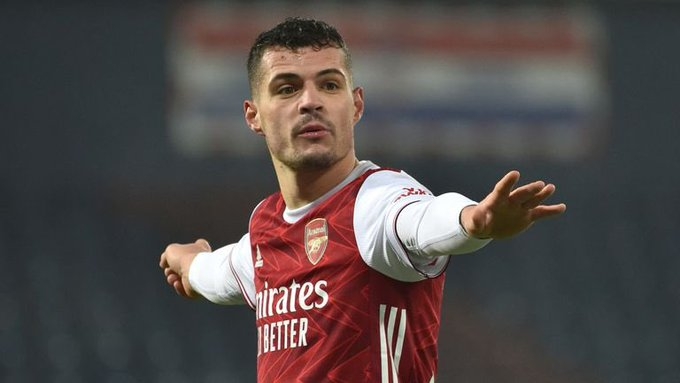 Arsenal manager, Mikel Arteta, has ruled out any chance of Granit Xhaka exiting the club.

The Spaniard, speaking after a 2-1 defeat to Chelsea on Sunday, said Xhaka is a “key member of our squad”.

Xhaka has been heavily linked with a move to Roma, who are now managed by Jose Mourinho.

Arsenal were believed to be demanding £18million for the Swiss midfielder.

Xhaka is said to have even agreed on personal teams with Mourinho’s side, but Roma’s unwillingness to stump up the cash has seen the move collapse.

Speaking to the press at the Emirates Stadium, Arteta ruled out Xhaka leaving Arsenal this month.

“Granit is going to stay with us. He is a key member of our squad,” he said.