by Bayo Millz
in Sports
Reading Time: 4 mins read
A A
0 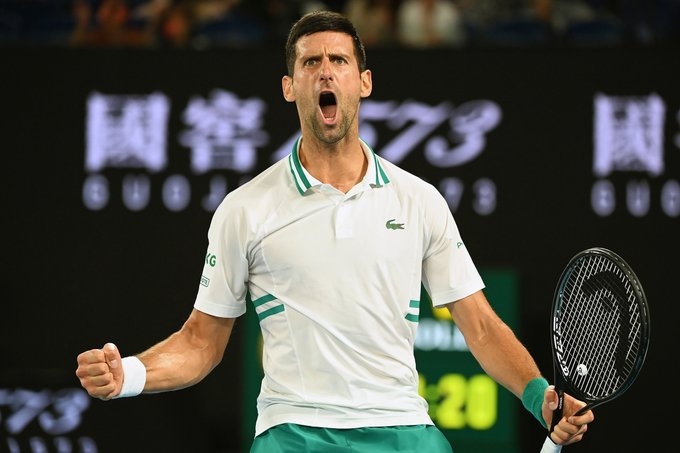 Novak Djokovic is still facing the prospect of deportation in spite of winning an appeal against a decision to refuse him a visa in the Federal Circuit Court of Australia ahead of the Australian Open.

Judge Anthony Kelly quashed the visa cancellation and ordered the Australian Government to pay legal costs and release Djokovic from detention within half an hour.

But Minister for Immigration Alex Hawke is still considering whether to exercise a personal power of cancellation of Djokovic’s visa in a process that could drag on for a number of days.

Meanwhile, Djokovic’s uncle Goran Djokovic claimed Australian officials were urging Djokovic to give up his battle or risk being given a three-year ban from entering the country.

A spokesman for Minister Hawke, in a statement , said: “Following today’s Federal Circuit and Family Court determination on a procedural ground, it remains within Immigration Minister Hawke’s discretion to consider cancelling Mr Djokovic’s visa under his personal power of cancellation within section 133C(3) of the Migration Act.

“The Minister is currently considering the matter and the process remains ongoing.”

It is understood that previous reports that Hawke has a four-hour window in which to consider cancellation of Djokovic’s visa is redundant because it would only have applied had he been re-interviewed.

As supporters clashed with police outside, Djokovic remained holed up in the court building with his lawyers, with the world number one’s furious uncle accusing the authorities of treating the player like a “wolf in the mountains”.

Goran Djokovic said: “We are supposed to celebrate a win over the Australian State, but unfortunately that is not true because Novak is still in the office of the court building.

“The State lawyer is threatening that (Hawke) can over-rule the decision of the court and arrest him again.

“Also, they have told him personally that it is better to leave Australia immediately, or they can ban him from getting into Australia for the next three years.

“I cannot believe it is happening. If Novak is not coming they are supposed to say that, please don’t come, but they issue a visa for him and then they arrest him.

“For me he is being treated like an animal, like a wolf in the mountains – they invite him to come and they trap him and put him into jail and try to put him on his knees – but it is not possible.”

Earlier, Djokovic was removed from detention to be with his lawyers during the hearing, and Judge Anthony Kelly expressed agitation over the rejection of Djokovic’s medical exemption.

After Djokovic’s lawyers argued their case, Judge Kelly asked the court “What more could this man have done?” in relation to fulfilling the expected requirements for a medical exemption.

The minutes of the court transcript noted that Djokovic had not been given adequate time to respond to the notification to cancel his visa.

“Here, a professor and an eminently qualified physician have produced and provided to the applicant a medical exemption,” Judge Kelly said.

“Further to that, that medical exemption and the basis on which it was given was separately given by a further independent expert specialist panel established by the Victorian state government and that document was in the hands of the delegate.”

Djokovic’s lawyer, Nicholas Wood, has argued the notice of intention to cancel his visa was defective because it was made on “a confusing blend of two grounds”.

He also argued that Djokovic was treated at the airport as if access to lawyers “couldn’t possibly” be of assistance in the matter and was not given a reasonable chance to respond to the notice.

It was revealed in court documents submitted by Djokovic’s lawyers that the player had been infected with COVID-19 in December 2021.

The documents said the infection was the basis of Djokovic’s medical exemption.

The documents also noted that Djokovic expressed “shock”, “surprise, and “confusion” when he was notified of his visa cancellation “given that (as he understood it) he had done everything he was required to enter Australia”.

But Australia’s Home Affairs Department filed court documents in which it stated “there is no such thing as an assurance of entry by a non-citizen into Australia”.

It noted that the Minister has the power to cancel Djokovic’s visa a second time if the court rules in his favour.

In the transcript of his interview with Australian Border Force, when asked why he was travelling to Australia, Djokovic said: “I’m a professional tennis player and the main reason for me coming to Australia is participating in the Australian Open in Melbourne Victoria.”

In response to a question about his vaccination status, he said: “I am not vaccinated.”

Politician and pro-Brexit campaigner Farage had earlier tweeted from Belgrade with the Djokovic family showing his support for the Serb, prompting a response from two-time Wimbledon champion Andy Murray.

“Please record the awkward moment when you tell them you’ve spent most of your career campaigning to have people from Eastern Europe deported,” tweeted the Scot.

Nadal, who has previously intimated that the Serb should have avoided the controversy by being vaccinated, said: “It seems perfect to me – in the end, totally correct.

“Whether or not you agree with some of the things regarding Djokovic, without doubt justice has spoken and has said that he has the right to play in the Australian Open, and that’s really the fairest way.”