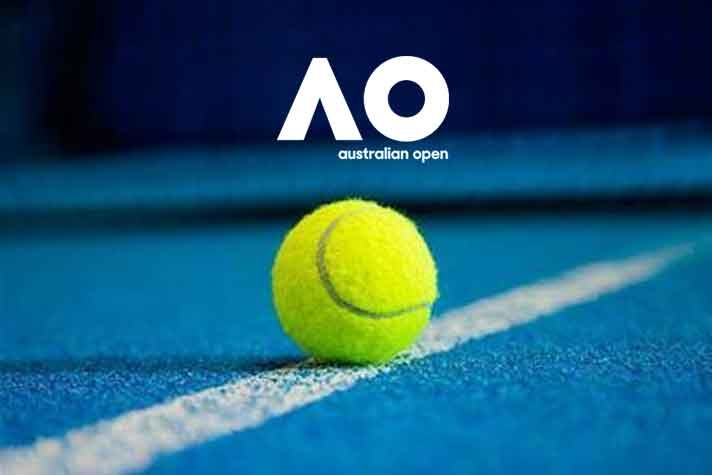 Novak Djokovic made a confusing cameo at an exhibition event and Serena Williams took her daughter to the zoo on Friday as some of the world’s top tennis players did something different.

The players did something different by soaking up their freedom after 14 days of quarantine ahead of the Australian Open.

Djokovic, Williams and Rafa Nadal were among a select group of players who isolated in Adelaide rather than Melbourne and were scheduled for exhibition matches in the city on Friday.

World number one Djokovic, the Australian Open champion, tickled Adelaide residents with a barefoot walk through a park in the morning.

He then stunned fans at the “Day at the Drive” event in the afternoon by appearing to pull out of his match with Jannik Sinner.

Djokovic then sowed further confusion by emerging on court with a big blister on his racket hand, replacing his stand-in Filip Krajinovic for the second set against Sinner.

During quarantine players had been allowed out to practise for five hours a day.

But Djokovic enjoyed his first morning in Australia without restrictions at a park, where he passed around an Australian Rules football with locals.

“Just putting your feet on the ground, you know, just doing something that I didn’t have a chance to do,” the Serbian said.

“Just having the space, I think, that’s what we all kind of missed.”

Williams’s quarantine had an extra wrinkle in the shape of her 3-year-old daughter and they celebrated their release with a trip to Adelaide Zoo.

“We had a calendar in our room and every day we marked an `X’ on the day that went by and a big circle on the quarantine ending day and we promised her that we would take her to the zoo to see koalas and kangaroos,” she said.

“I’m so glad the quarantine is over, because to be in a room with a 3-year-old and being her best friend is definitely difficult … But honestly I wouldn’t trade anything for spending hours with her, it was really fun.”

More than 1,200 players, coaches and officials heading to Australia for the Grand Slam were put into quarantine hotels in Adelaide and Melbourne after arriving on charter flights from around the world.

The first groups were released from isolation late on Thursday in Melbourne and all but a handful of the cohort are expected to be cleared by midday on Sunday.

Some, like American Tennys Sandgren, complained they were being made to isolate for longer than the mandated 14 days.

The day of their arrival was being counted as “day zero”, rather than “day one” as they had hoped.

Victoria state police minister Lisa Neville had little sympathy, however, and said players were told exactly what their release date and time would be.

“I accept they’d love to get out, but we’re not taking any chances,” Neville said on Friday.

“I’m not going to relax until Sunday midday when the last of them are out.”

Authorities have recorded eight positive COVID-19 tests among the Australian Open cohort and said on Friday there were five active cases remaining.

One of the five is Spanish player Paula Badosa, who has complained bitterly about having to spend extra days isolating before being released next week.

Once released, the players are free to move around at their discretion in a country which has not had a case of community transmission in nearly two weeks.

Crowds of 35 percent capacity have been approved at Melbourne Park for the Australian Open, though organisers hope the cap might be lifted to 50 percent.

Victoria transport minister Jacinta Allan said on Friday authorities would decide on crowds in the next few days.

Gambo takes over as Chief of Naval Staff