by Bayo Millz
in Football, Sports
41 1
0
17
SHARES
422
VIEWS
Share on WhatsAppShare on FacebookShare on TwitterShare on LinkedInShare on TelegramSend as Email

The striker danced through the Hammers defence on the edge of the box and then brilliantly beat goalkeeper Roberto with a calm chip.

West Ham had taken the lead through Robert Snodgrass before Cheikhou Kouyate equalised against his former club.

Match-winner Ayew set up Kouyate’s goal with a knock-down which allowed the midfielder to sweep home a volley from seven yards.

Liverpool thrash Palace to move within two points of title

Palace climb up to eighth with the win but West Ham fall to 17th, just a point above the relegation zone as pressure increases again on manager Manuel Pellegrini.

What a goal from Jordan Ayew
My goal of the season 🔥🔥🔥🔥🔥 #CRYWHU @CPFCpic.twitter.com/LGncdBKyxK 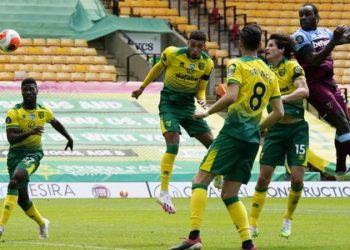 Liverpool thrash Palace to move within two points of title