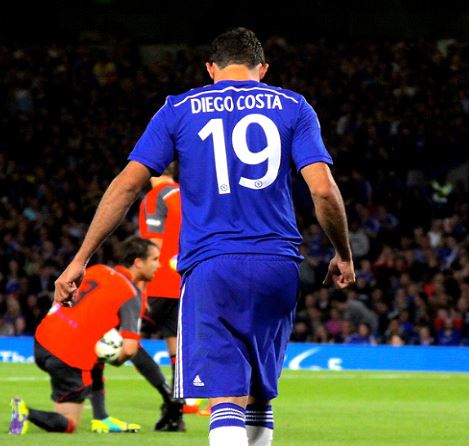 Wolverhampton returns 33-year-old Diego Costa to the Premier League. The forward comes as a free agent.

Insider Fabrizio Romano reports that the Brazilian Spaniard has signed a contract for just one season. The Athletic writes that at first the club doubted that Diego was ready to play in England, but the player’s desire convinced them. For the sake of the Premier League, Costa refused Rayo’s offer.

If you don’t know how to choose a bookmaker, then https://bookmaker-ratings.in/ definitely will help you. The page contains a list of all bookmakers for sports betting. The rating of bookmakers is compiled according to the main criteria: reliability, variety of choices, odds, margin, live betting, user reviews. You can get an overview of each office in the bookmaker list, getting information about their applications, lines, bonuses and offers.

At the end of the summer, Wolverhampton invested in 25-year-old Stuttgart striker Sasha Kalajdzic – the team needed a striker due to Raul Jimenez’s severe recession. Bayern watched the two-meter Austrian for a long time – they considered him a good option to replace Robert Lewandowski. A little later, English top clubs joined.

Kalajdzic chose the Wolves but tore his ACL in the first game. The British urgently entered the market, but before the end of the summer they did not have time to sign anyone. Then we decided to sort out free agents and stumbled upon the option with Diego.

The transfer could still fail. The fact is that the Football Association of England, after the UK left the EU, tightened the criteria for issuing a permit. The player must score a total of 15 points in several categories: the level of the last club, the games for the national team and the number of minutes spent on the field in recent times. Costa has been without a club since January, so he just didn’t have enough points.

The Wolves sadly filed an appeal against the FA’s decision – and it was unexpectedly accepted.

In the summer of 2014, he appeared in London and immediately began to break the records of Chelsea and the Premier League – he scored 7 goals in 4 matches. Everything was so good that at Stamford Bridge, Diego was called the boss and fell in love with an obnoxious character that rivals hated.

Costa scored 20 goals, but a year after moving to Chelsea, he fully opened up. It happened in that terrible season when Mourinho looked as helpless as possible and won only 4 matches until mid-December. Costa became the rudest on the team, arrived at the start of the season overweight and went to concerts in Spain between failed matches. Many fans felt that Diego did it out of spite of Jose.

At the very first training session of the new season, Antonio Conte suddenly found out that Costa, after missing out on the Spanish bid for Euro 2016, wanted to leave. Diego scored and received concessions from the coach, but in the winter they came for him with a huge offer from China. The offered 30 million pounds a year struck at the very heart – Costa invented an injury for himself in order to quickly infuriate the club and leave.

The conflict was hushed up, and Diego became Chelsea’s top scorer in the league season. But all the same, he did not enter into Conte’s plans for the next one: the Italian bought Morata and abandoned Costa. He told him about it via whatsapp. Costa was very offended: «Such things should be said in person, and not through text messages. Conte wrote to me when I was in the national team, and the guys in the team did not believe me that this was even possible.»

Costa returned to Atlético Madrid and crossed paths with Chelsea in the Champions League a couple of times. Now they will meet in the Premier League.