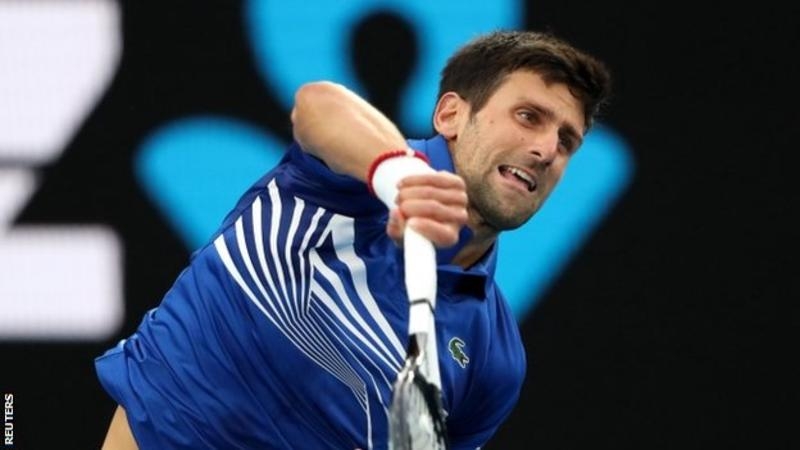 The road for world men’s tennis number one Novak Djokovic to the Golden Slam looks not an easy one at the Tokyo Olympics.

This is because there lies ahead of the Serb possible matches against Andrey Rublev and Alexander Zverev in his path.

Djokovic, representing Serbia, has won the season’s first three grand slams and could become the first male player ever to win the Golden Slam if he first captures gold in Tokyo.

Then all that is left is winning the U.S. Open in August.

Steffi Graf is the only player to have ever done it, in 1988.

However, Djokovic has just one bronze medal to his name in three previous Olympics.

Djokovic, 34-3 this ATP season, opens against Bolivia’s Hugo Dellien, ranked 139th in the world.
But then things could get harder.

Djokovic could face Italian Lorenzo Musetti in the third round.

Djokovic trailed Musetti 2-love at the French Open last month before rallying for the victory.

Djokovic could face world number seven Rublev of Russia in the quarter-finals, and it would be the first match between them.

If he wins there, he could face the fifth-ranked Zverev of Germany in the semi-finals.

The tennis event is being held at Ariake Tennis Park, site of the Rakuten Japan Open Tennis Championships which is an ATP-500 event scheduled for October.

Eriksen’s football career in Italy not possible with defibrillator

How Do You Want the Result, Senator? - Azu Ishiekwene