by Bartholomew Madukwe
in Sports
Reading Time: 1 min read
A A
0 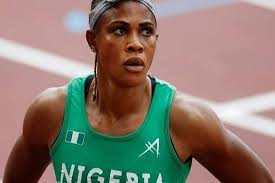 Nigerian Sprinter, Blessing Okagbare, has reacted to her 10 years ban by the Athletics Integrity Unit, AIU, saying her lawyers are currently studying it for the next line of action.

According to AIU statement on Friday, Okagbare was banned for violating anti doping rules and drug related offences during last year’s Tokyo Olympics.

In her post on Twitter, she said “My attention has been drawn to the statement issued by the AIU regarding its disciplinary panel decision.
“My lawyers are currently studying it for our next line of action which we will inform you soon.”

Okagbare, who has an Olympic silver medal in the long jump from the 2008 Beijing Games, was provisionally suspended before the 100 metres semi-finals at the 2020 Tokyo Olympics last year.

The AIU statement explained that the sole arbitrator adjudicating the case concluded that Okagbare’s “use of multiple prohibited substances” was “part of an organised doping regimen in the lead-up to the Tokyo Olympic Games.”

Only Ademola Adeleke can win Osun for PDP – Omisore

Only Ademola Adeleke can win Osun for PDP - Omisore