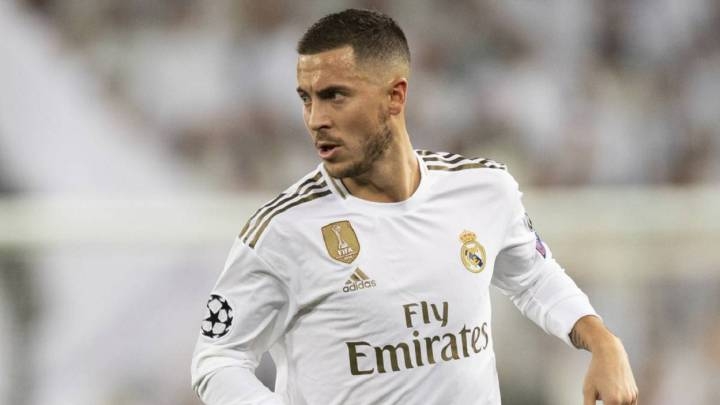 Eden Hazard has delivered an update on his future amid Real Madrid exit and Chelsea return links.

Hazard has struggled for Los Blancos since his more than £100million move from Chelsea in 2019, missing no fewer than 59 games through injury so far.

Hazard won two Premier League titles, the Europa League and FA Cup at Chelsea, while establishing himself as one of the best players in Europe.

It has been a different story for Hazard at the Bernabeu, however, with his form and fitness taking a hit. In two seasons at the club, he has scored just five goals.

Responding to the transfer rumours, Hazard said on Monday: ‘I still have a three-year contract with Real Madrid, so going back to England is out of the question.

‘Everyone knows that my first two years were not good, so first I want to prove myself at Real Madrid. I will do everything to do that.’

Hazard added: ‘I certainly don’t see myself leaving Madrid, given the contract situation.

‘I know myself and I know when I’m in shape. If that’s the case, I can give it my all for Real next season. That’s my plan.’