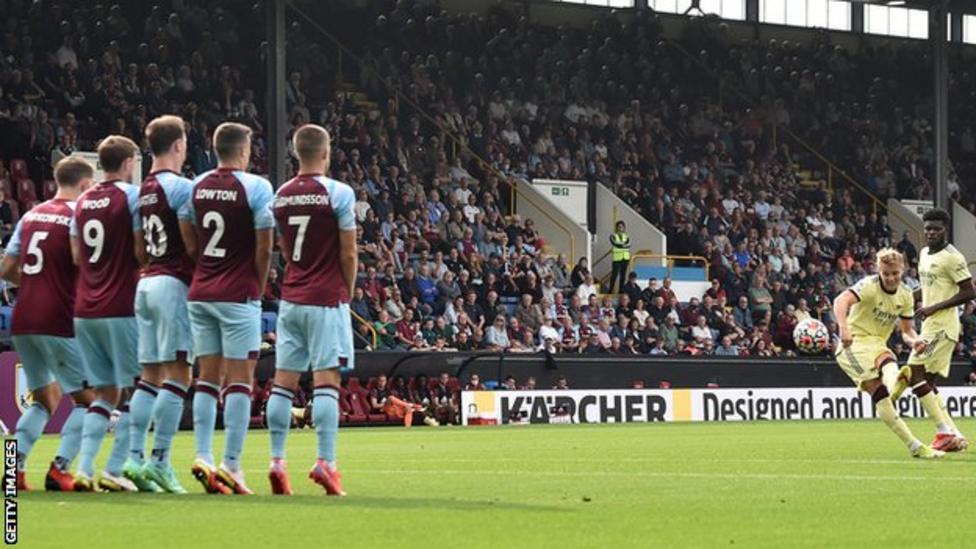 Martin Odegaard’s first-half free-kick gave Arsenal their first away win of the season at Burnley.

The Norwegian curled home after Ashley Westwood had clipped Bukayo Saka on the edge of the area.

It was Odegaard’s first goal since joining the Gunners on a permanent basis from Real Madrid in a £30m deal last month.

Burnley were denied a chance to equalise from the penalty spot when referee Anthony Taylor overturned his initial decision after reviewing Aaron Ramsdale’s challenge on substitute Matej Vydra on the pitchside screen.

It was the high point of a spirited second-half performance by the hosts, whose manager Sean Dyche was this week given a new four-year contract and handed a debut to Ivory Coast wide-man Maxwel Cornet.

A second successive win eases Arsenal into mid-table following their poor start to the campaign, but Burnley remain second from bottom with a single point to show from their opening five games.