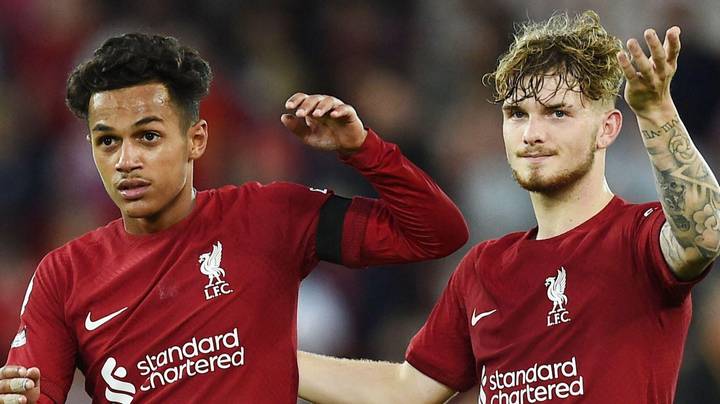 Liverpool manager, Jurgen Klopp has heaped praises on two young players in the team following a controversial win over Newcastle on Wednesday night.

The Liverpool gaffer said Harvey Elliot and Fabio Carvalho were the two game changers in the match.

Klopp named youngster, Harvey Elliott as ‘the best player on the pitch during the dramatic victory.

The referee added 5 minutes of stoppage time but didn’t end the match until the 99th minute of the crunchy encounter.

The Red looked set to drop at least two points at home to Newcastle after new £60m striker Alexander Isak put the visitors ahead shortly before half-time.

But Roberto Firmino scored his third goal of the season to equalize at Anfield and Fabio Carvalho’s 98th-minute effort gave the home side all three points.

“This is the best way to win a football game. I think that we scored after 90+8 is the perfect response. I’m really happy about that,” Klopp told reporters after the match.

On Elliott and Carvalho, Klopp added: “Harvey was the best player on the pitch, without a shadow of a doubt. It was nice to see him pick up from where he was before the bad injury.