by Abimbola Fabunmi
in Sports
Reading Time: 1 min read
A A
10 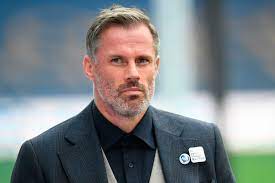 Liverpool legend, Jamie Carragher has expressed disappointment at the current happenings at Chelsea football club, lamenting the whopping sum spent by the club at the summer.

Chelsea were condemned to their third straight defeats by Newcastle on Saturday at Saint James’ park.

Mocking the Blues after their 1-0 defeat to Newcastle in the Premier League on Saturday, Carragher said it would be difficult to believe that Todd Boehly spent £275M over the summer.

The former Liverpool defender took to his Twitter page to lament the whopping sum spent by the club in the summer and yet struggling.

According to him, “Eddie Howe is getting more from his players than any other manager in the PL. While you can’t believe Chelsea spent 275m in the summer, on a team that was very good in the last couple of years,”

Chelsea owners, led by Boehly, spent a hefty amount of £275 million during the summer transfer window.

The west Londoners brought in the likes of Wesley Fofana from Leicester City for a fee of £70 million, Kalidou Koulibaly from Napoli, Marc Cucurella from Brighton and Raheem Sterling from Manchester City.

They also brought in Pierre-Emerick Aaubameyang from Barcelona and were tipped to challenge for the Premier League title this season.

Chelsea are currently occupying the eight position on the English Premier League log.