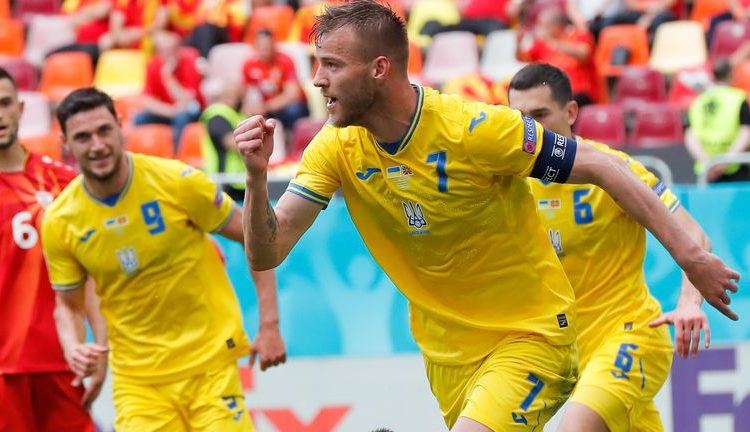 Ukraine bounced back from their opening defeat at Euro 2020 as they held on to beat tournament debutants North Macedonia in an entertaining encounter in Bucharest.

Having fought back from two goals down before ultimately losing 3-2 to the Netherlands on Sunday, Andriy Shevchenko’s side ended a run of six successive European Championship defeats to remain in contention in Group C.

Captain Andriy Yarmolenko capitalised on poor defending from a corner after 28 minutes, before the West Ham forward’s pass set up Roman Yaremchuk, who slotted neatly into the bottom corner five minutes later.

Leeds United’s Ezgjan Alioski followed up his own saved penalty to hand a much-improved North Macedonia a second-half lifeline, but they could not find an equaliser despite goalkeeper Stole Dimitrievski saving Ruslan Malinovskiy’s penalty in the closing stages.

Georgi Bushchan was strong in the final stages between the posts for Ukraine as they held on for the three points. The result leaves North Macedonia on the brink of elimination.

Ukraine meet Austria and North Macedonia face the Netherlands in the final round of Group C games, with both matches taking place on Monday at 17:00.