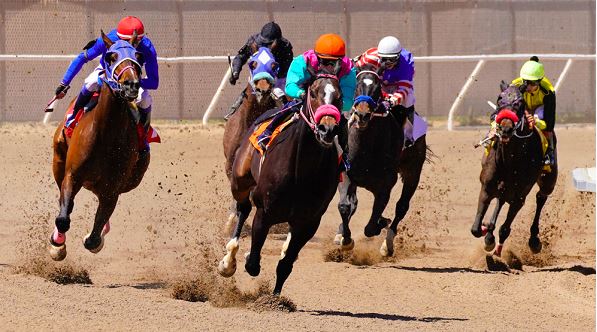 Unbeaten Thoroughbred, Flightline, is preparing for the Breeder’s Cup Classic (Classic) on 5 November. It will be the biggest challenge in his two-year career thus far where he has to compete with top racers not just in the United States but visitors from abroad. Flightline is preparing for the race with an 8-metre workout timed at 48 seconds on Saturday at Santa Anita Park.

Trainer John Sadler aims to train Flightline to get used to the 2000-metre dash, the standard for the Classic. Santa Anita Officials also weighed in that they expect him to work five times before being shipped to Keeneland for the upcoming race.

Flightline is a 4-year-old colt foaled on 14 March 2018 at Summer Wind Equine. He is sired by 2014-2016 leading sire Tapit with the Indian Charlie progeny, Feathered. Though he never raced in the United States as a 2-year-old, he is considered the top performer in his first racing season as a 3-year-old. Today, he is the favourite in any events he’s listed in a bookmaker for horses and betting.

Flightline has won all five races that he participated in. His debut was a maiden race at Santa Anita in April 2021 followed by an allowance race at Del Mar in September that year. His first major race was the 7-furlong Malibu Stakes (G1) at Santa Anita as a 3-year-old. The other two races were the 1-mile Metropolitan Handicap (G1) and 1 ¼ miles Pacific Classic Stakes (G1).

All about the Breeder’s Cup Classic

The Breeder’s Cup Classic is a Grade 1 (G1) race for 3-year-olds and older Thoroughbreds with notoriety for having one of the hardest outcomes to predict. First, it is filled only with high-quality racehorses. Every participant is a champion of their own right, some of which are also undefeated like Flightline. He’s the only one with an uncontested status so far but Life is Good has more graded stakes experience. Secondly, the Classic is held at different venues every year. This time is in Keeneland but the last year was Del Mar.

The Classic features a 1 ¼ miles track with dirt surface and a left-handed turn. Handicap for 3-year-olds from the northern hemisphere is 55 kg and 53 kg from those in the southern hemisphere. 4-year-olds and older all have a 57.2 kg handicap. Fillies and mares are allowed 1.3 kg less for all categories. The race purse is $6,000,000, making it one of the highest-priced horse races in the world. Only the Saudi Cup, Dubai World Cup, The Everest, and Prix de l’Arc de Triomphe have higher purses most of the time.

Horses and betting goes hand-in-hand like most sports. If you are looking for tips, then you should start with the top 5 favourites out of the 20 contenders. Flightline is one of them while the other four include Life is Good, Epicenter, Country Grammar, and Hot Rod Charlie. See what expert punters have to say about their chance of winning against Flightline. Include them in your combination betting like exacta or quinella for maximum profit.