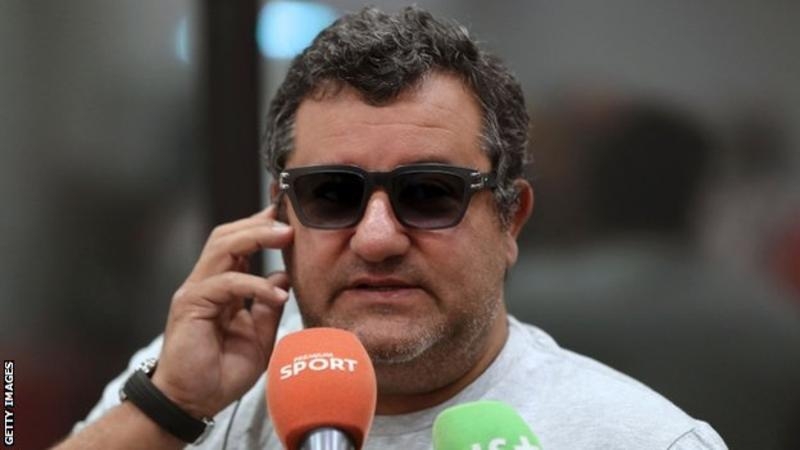 Mino Raiola, the agent who represented some of football’s most high-profile players, has died at the age of 54.

Raiola was also president of the Football Forum, which represented leading agents and their players.

“His presence will be forever missed,” the Raiola family said in a statement.

It read: “In infinite sorrow, we share the passing of the most caring and amazing football agent that ever was.

“Mino fought until the end with the same strength he put on negotiation tables to defend our players. As usual, Mino made us proud and never realised it.

“Mino touched so many lives through his work and wrote a new chapter in the history of modern football.”

The statement added: “Mino’s mission of making football a better place for players will continue with the same passion.

“We thank everybody for the huge amount of support received during these difficult times and ask for respect to the privacy of family and friends in this moment of grief.”

He had been involved run-ins with a series of managers, including former Manchester United boss Sir Alex Ferguson, Manchester City manager Pep Guardiola and Liverpool boss Jurgen Klopp, but told BBC sports editor Dan Roan in 2021 that he had learned lessons from situations he had been involved in.

There were claims that Raiola earned £41m from Pogba’s world-record £89m transfer from Juventus to Manchester United in 2016 and, while that intensified criticism of agents, Raiola insisted the perception of greed and excess was unfair.

“But maybe the public can also think: ‘If this man is so greedy and so bad, how are his players all happy and stay with him?’

“I would be lying if I said it didn’t bother me… how can you judge if I was a good agent for Ibrahimovic? The only one who can judge that is Ibra himself.

“I don’t have power and influence… my job is to get the best deal done for my player. And no more than that. And doing that is to provide him with a whole range of services that people don’t even know.

“My players don’t call me a parasite, and that’s who I work for. I only care what my players call me.”

Raiola had also spoken of his opposition to Fifa – world football’s governing body – bringing in new regulations for agents.