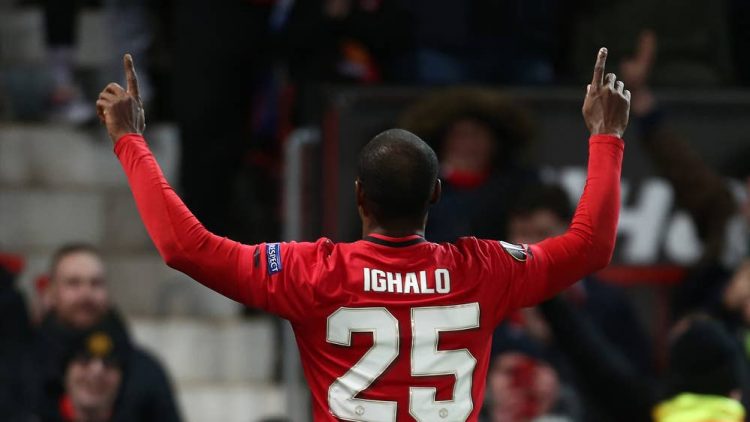 Odion Ighalo is putting at risk £75 MILLION over his commitment to Manchester United.

The Daily Star says Ighalo is willing to risk a new £75m contract with Shanghai Shenhua to remain with United for the rest of the season.

Ighalo joined United on a short-term loan in January and has proved a huge success after scoring four times in eight appearances.

His deal expires this weekend and he is wanted back in China, where Shenhua are gearing up for the start of the new season next month, after the start date in March was put back due to Covid-19.

But Ighalo remains desperate to see out the Premier League campaign with United, who are keen to retain his services so he can provide attacking cover for Marcus Rashford.

Talks between both clubs are ongoing and Ighalo has made a personal plea to Shenhua bosses to allow him to stay with United.

Ighalo, 30, has been offered a new three-year deal worth a staggering £480,000-a-week, but Shenhua chairman Wu Xiaohui has made it clear these terms will be reviewed unless he gets the commitment he wants from the Nigerian international.

The stand-off needs to be resolved in the next 48 hours, with Ighalo willing to jeopardise his bumper new deal in order to see out the campaign with Ole Gunnar Solskjaer’s men.