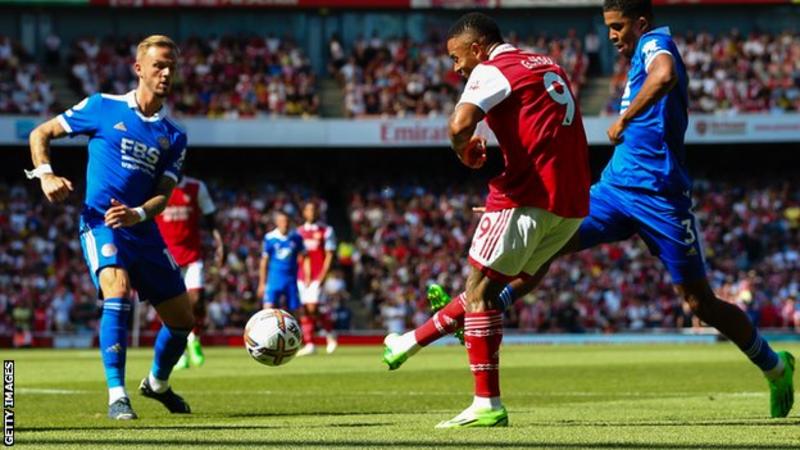 The impressive Gabriel Jesus scored his first Premier League goals for Arsenal as Mikel Arteta’s side beat Leicester City in an entertaining encounter at Emirates Stadium.

The Brazilian striker, signed from Manchester City in the summer, scored twice before the break and missed several chances for a hat-trick as well assisting his side’s other goals.

James Maddison again reduced the arrears, only for Gabriel Martinelli to quickly made it 4-2 as the Gunners maintained their 100% start to the season.

Leicester were awarded a penalty before half-time when Jamie Vardy and Arsenal goalkeeper Aaron Ramsdale collided, but the decision was overturned by referee Darren England after consulting with the video assistant referee.

After scoring, Jesus was twice thwarted by Leicester keeper Danny Ward before half-time, and the 25-year-old also hit the side-netting from close range with 10 minutes of the game to go.