Judge orders all action against Super League clubs be dropped 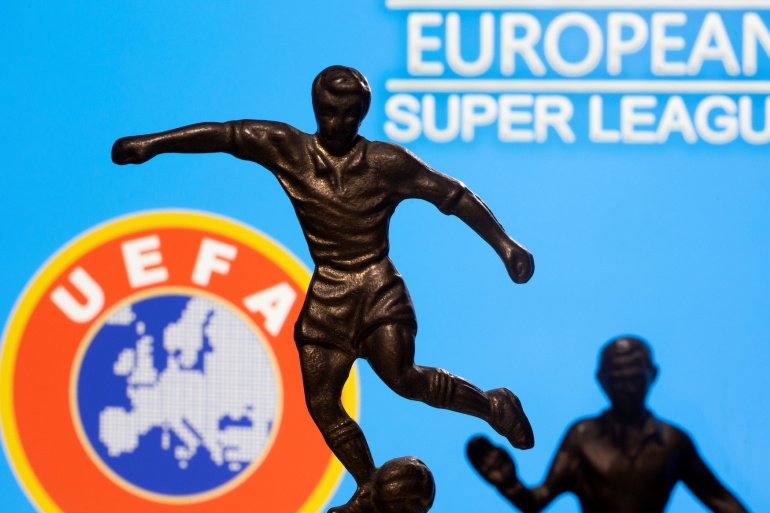 A Madrid judge has ordered all financial and legal sanctions brought against the 12 clubs involved in the attempted Super League breakaway to be cancelled with immediate effect.

The Daily Mail reports Judge Manuel Ruiz de Lara, who presides over a commercial court in Madrid, has taken aim at UEFA, the Premier League and Italian Serie A, claiming they attempted to ‘annihilate’ his attempts to defend the European Super League clubs in April.

In that first ruling on April 20, the judge declared UEFA must not threaten clubs wanting to participate in the Super League or do anything that might deter them from joining.

However, that has not stopped UEFA and the Premier League reaching ‘agreements’ with nine of the errant clubs, which will result in them accepting financial sanctions and future penalties.

And it has also done nothing to prevent UEFA from opening a disciplinary investigation into the three remaining rebel clubs, Barcelona, Real Madrid and Juventus, which have refused to recant.

Bu Judge Ruiz de Lara stated in his ruling: “These actions… constitute a flagrant violation of the order… of 20 April 2021.

“These are not isolated acts (…) but a succession of acts and statements forming part of a strategy devised by the defendants with the aim of provoking the ineffectiveness of a court decision.

“The opening of disciplinary proceedings against Real Madrid, Juventus and Barcelona constitutes a clear breach of the interim measures granted by the Order of 20 April 2021.”

In his ruling, Judge Ruiz de Lara, has instructed UEFA that the three unrepentant clubs must be allowed to compete in the Champions League next season.

He has also told UEFA to abandon all disciplinary action against the three rebels, or risk “serious financial and criminal sanctions”. Under Spanish law anyone ignoring a court order could face up to one year in prison.

In addition, the nine clubs that abandoned the ill-fated project within two days of its launch, which includes the six English clubs and Inter Milan, AC Milan and Atletico Madrid, should be freed from the ‘agreement’ they made with UEFA in the aftermath of the scheme.

This includes an obligation to pay £13 million to a solidarity fund, forgo five percent of income from European competition next year and pay a £86 million penalty if they ever try to join a Super League again,

The judge then directed his fury at the Premier League, insisting that UEFA has to tell the English top flight that all actions against the Big Six – Manchester United, Liverpool, Manchester United, Tottenham, Arsenal and Chelsea – must be ‘annulled’.