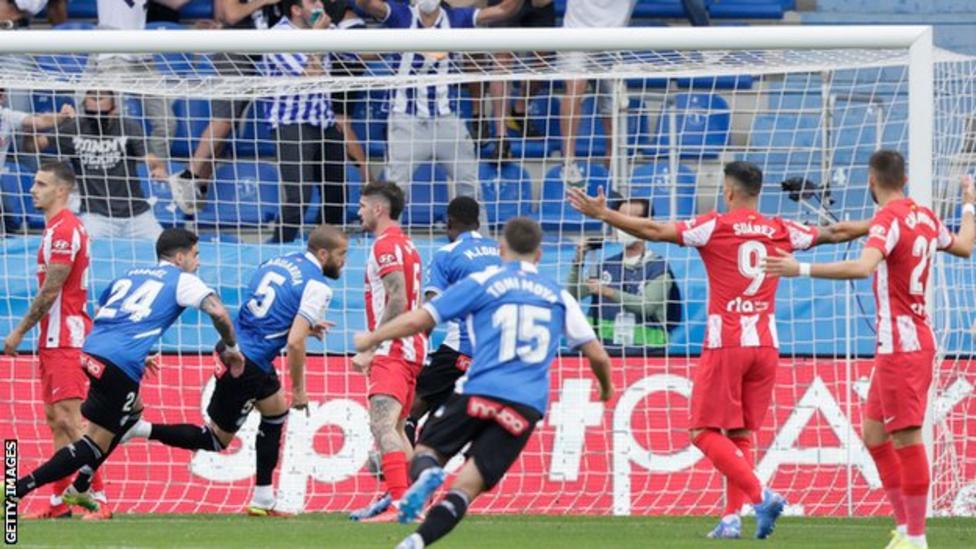 Atletico Madrid missed the chance to move top of La Liga after suffering their first league defeat of the season at Alaves.

Alaves, who had lost their first five games of the campaign, took an early lead through Victor Laguardia’s header.

Laguardia came to the hosts’ rescue in the second half when he cleared Rodrigo de Paul’s cross-shot off the line.

Why Haaland will choose Man City over Barca – Xavi

Mamadou Loum should have doubled the hosts’ lead on the hour but fired over the bar from a good position.

Atletico increased the pressure towards the end of the second half and went close to an equaliser through Angel Correa, whose shot from a tight angle was saved by Alaves goalkeeper Fernando Pacheco.

Diego Simeone’s side wanted a penalty in second-half stoppage time after the ball appeared to strike the arm of an Alaves defender, but the referee dismissed the visitors’ appeals.

The defeat leaves Atleti two points behind leaders Real Madrid, who play their game in hand at home to Villarreal later on Saturday.

WAFU B Championship: How Flying Eagles qualified for U-20 AFCON

Brentford come from behind twice to hold Liverpool