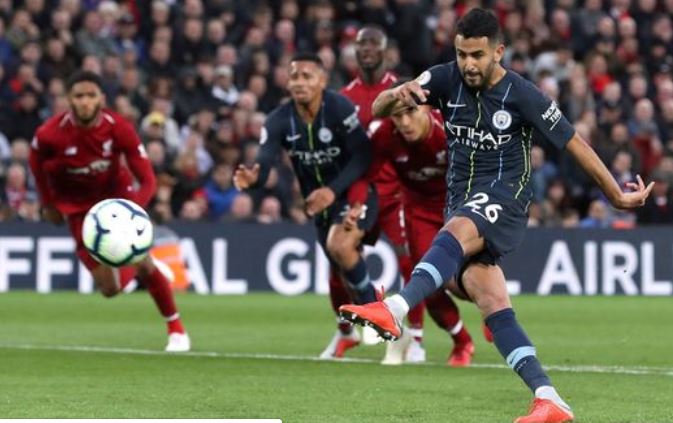 Liverpool and Manchester City played out a surprising goalless draw at Anfield as the spoils were shared on Merseyside.
Neither side did enough to claim they were deserved winners but the visitors should have claimed all three points when Riyad Mahrez had a penalty in the closing stages, but the Algerian could only fire woefully high.
Mo Salah had the Reds’ best opportunity but uncharacteristically skied his shot way over the crossbar as his quiet start to the season continued.
The result leaves both sides level on 20 points with Chelsea at the top of the table.

Presidency to El-Rufai: You are on your own

Why our convention was transparent, rancour free – PDP

Nigeria defeat CIV, qualify for 2023 Africa U-20 Cup of Nations

Why our convention was transparent, rancour free – PDP

2019: No going back on Shehu Sani's candidacy, APC tells El-Rufai