by Bayo Millz
in Football, Sports
0
17
SHARES
426
VIEWS
Share on WhatsAppShare on FacebookShare on TwitterShare on LinkedInShare on TelegramSend as Email

Liverpool will look to finish the season strongly so that they have no regrets if they lose out on the English Premier League (EPL) title to reigning champions Manchester City.

The Merseyside club’s manager, Juergen Klopp, said on Thursday that they know they have done so well by giving their best and would not have any regrets.

With neither side facing a “top six’’ club in the run-in, Klopp hopes to take the title race right down to the wire.

“There are three games left, and we want to win them,” Klopp told reporters ahead of Huddersfield Town’s visit on Friday. “Huddersfield, Newcastle United, Wolves. That’s the situation.

“If we win it, we win it. If we don’t, there are no regrets as long as we give our best. If we win our next two games then the title will be decided on the final match day and that would be pretty special.”

Liverpool are looking to win their first league title since 1990.

But Klopp’s focus was on how this season has been a stepping stone for the Anfield side that will look to improve and compete for more titles in the future.

“The club and the people are waiting for a long time for it,” Klopp added. “It’s rather surprising because last season we were 25 points behind (Manchester City at the end of the season).
We have to carry on but only one team will be champion.

“However the season ends up, it is only the first step. We’re not finished, not the finished article. We will carry on and we will see.

“We don’t only play for being champion at the end of the season. Yes, it’s a big target and we are pretty close and have a chance, but it’s the first time, not the last time.”

With the first leg of their UEFA Champions League semi-final to be played at Barcelona next week, Klopp said he would not tinker with the line-up when they face Huddersfield.

“This will be the last game I overthink anything,” Klopp said. “I will not push that preparation with a fresh line-up. We have enough time to recover for the next game. Barcelona has nothing to do with Friday night.”

Four Liverpool players were named in the Professional Footballers’ Association’s (PFA) Team of the Year announced earlier on Thursday.

Klopp however said more of his players deserved to be named in the team dominated by Manchester City.

“From my point of view, there could have been four, five, six, maybe seven more players involved,” the German boss said. “For me, my team is team of the season anyway.” 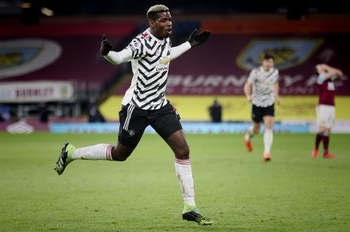