by Bayo Millz
in Basketball, Sports
Reading Time: 2 mins read
A A
0 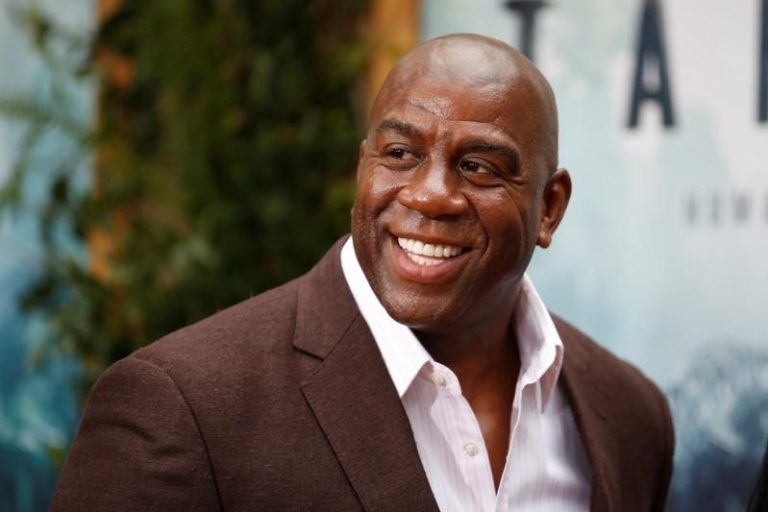 Johnson, a Hall of Famer from his playing days with the Lakers, said he is resigning because he doesn’t enjoy the job.

“I was happier when I wasn’t the president (of the Lakers),” the 59-year-old said.

His announcement came on the heels of an ESPN report that he and Coach Luke Walton have not spoken for weeks.

Johnson said team owner Jeanie Buss had not been told of his decision in advance. He expressed his affection for Buss, saying, “I knew I couldn’t be face-to-face and tell her. I couldn’t stand to tell her.”

He was annoyed by being sanctioned by the NBA for tampering when talking to or about players on other teams.

Johnson added about the day-to-day NBA business, “What I didn’t like is the backstabbing and the whispering. I don’t like a lot of things that went on that didn’t have to go on.

“I hope that after (the season ends), the Lakers can head in the right direction, which we are.

Injuries really hurt us, but I enjoyed working with Jeanie.”

Walton’s future is in jeopardy after he failed to lead the Lakers to the postseason in the first season with LeBron James on the team. The Lakers entered the Tuesday night game against the Portland Trail Blazers with a 37-44 record.

Walton, 39, is set to wrap up his third consecutive sub-.500 season with Los Angeles. He entered Tuesday with a career record of 98-147 for a .400 winning percentage.

Buss has been a strong proponent of Walton but previously said she planned to let Johnson and general manager Rob Pelinka decide his future, according to ESPN.

She said during a radio interview last week, “I will always defer to Magic.”