by TheNewsGuru
in Football, Sports
0
17
SHARES
426
VIEWS
Share on WhatsAppShare on FacebookShare on TwitterShare on LinkedInShare on TelegramSend as Email

Manchester City are the runaway Premier League leaders amid their record winning streak but captain Vincent Kompany warned against complacency, pointing to the 2011-12 title race.

Unbeaten City travel to Newcastle United on Wednesday seeking to extend their lead atop the table to 15 points with an 18th successive Premier League victory.

Many believe the title has already been decided before the New Year – rivals Manchester United and defending champions Chelsea battling for second position behind Pep Guardiola’s side.

However, Kompany insisted City cannot afford to relax as the defender mentioned the club’s successful 2011-12 campaign, when they overturned an eight-point deficit to upstage United on goal difference.

“I draw on that, I don’t know if everyone remembers, but with six games left we were eight points behind,” Kompany said. “That’s why I’m probably always the first guy to come in and say, ‘No guys, we can’t really say…’

“We have to keep it going. When you are on such a run you want to put it aside straight away and think about the next one, because you know how little it takes to lose that special feeling.

“We all have a role to say something [about dangers of complacency] – there are a lot of experienced lads in the team. We do mention it, but the manager will have mentioned it many, many times as well.

“But ultimately it’s the same for everyone – we all have that feeling and don’t want it to go away.

“It’s too early to draw any conclusions. We don’t need to focus on the league, or anything else other than winning the game and having a performance at the same time.”

City are back in action on Wednesday against Newcastle in the Premier League. 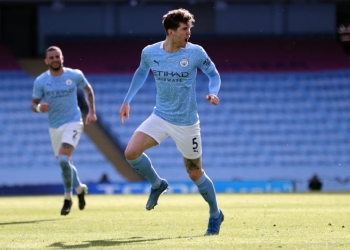 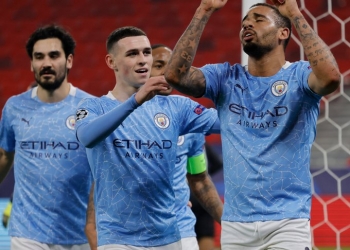 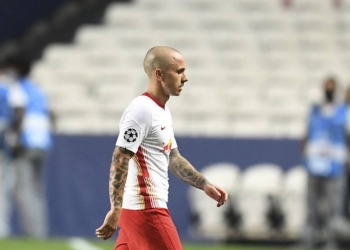