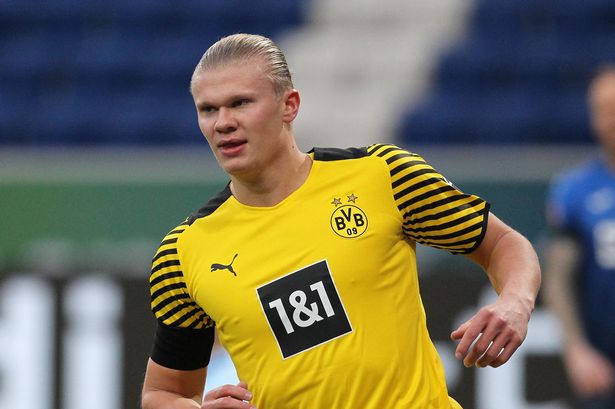 Premier league defending champions Manchester City have agreed to sign Erling Haaland from German side Borussia Dortmund in the summer.

The 21 year-old Norwegian professional footballer will be joining the premier League side after personal terms were discussed.

He will be made to undergo a medical test before finally putting pen to paper at the close of 2021/2022 season.

Haaland has a £63million release clause in his Dortmund contract, but his agent, Mino Raiola, is set to earn a huge payment. Those fees, plus a signing-on bonus, would likely take the total outlay of the deal towards £100m.

Report also say that Spanish side Barcelona and French Ligue 1 side PSG are also interested in signing the youngster on a permanent deal.

However, pundits have said that Haaland will most likely join Manchester city.

Erling Braut Haaland is a Norwegian professional footballer who plays as a striker for German Bundesliga club Borussia Dortmund and the Norway national team. A prolific goalscorer, Haaland is recognised for his pace, athleticism and finishing ability.

He is considered one of the best strikers in world football.