Messi on Copa America glory: No better moment than this 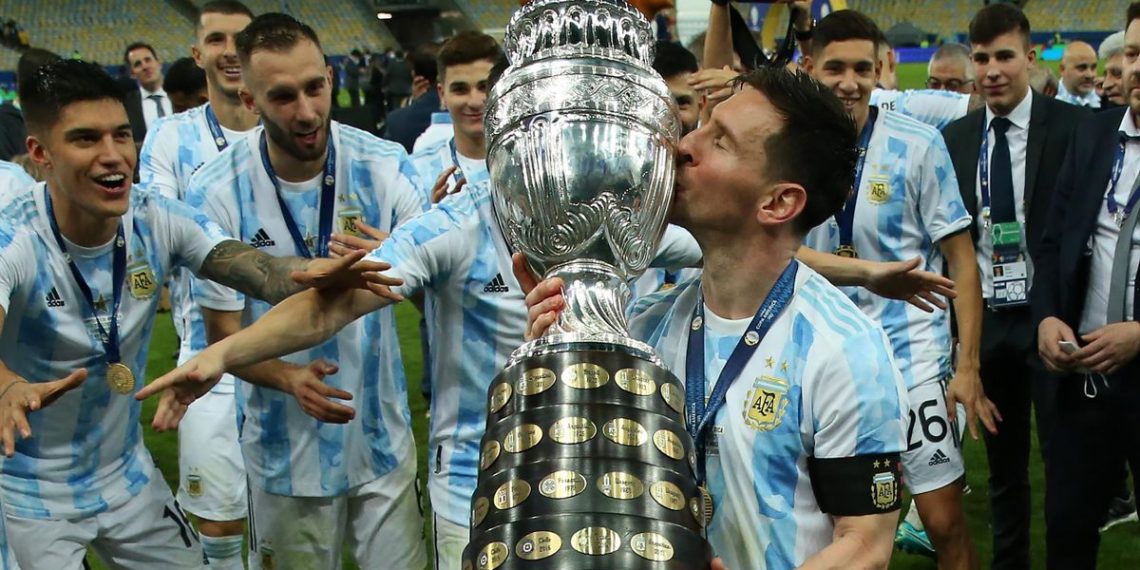 Messi finally celebrated winning a major title with his country 16 years after his first cap after Angel Di Maria’s first half lob secured a 1-0 victory over arch-rivals Brazil in the final at the Maracana.

An international trophy had for a long time been the only trophy left to win for the 34-year-old icon after suffering final heartache in three previous Copa Americas and the 2014 World Cup.

The difference between aliens Messi and Ronaldo

Messi told TyC Sports: “The truth is that this is crazy. There would be no better moment than this. The happiness is immense, I knew that at some point it was going to happen. The happiness I feel right now indescribable.

“After the last Copa I told these players that they will be the future of the National Team. I was not mistaken, and now today we are champions.

“I had a lot of confidence in this group, which has grown in strength since the last Copa America. They are a group of very good people, who advance and do not complain.

“I’m very happy! I dreamed about this many times.”