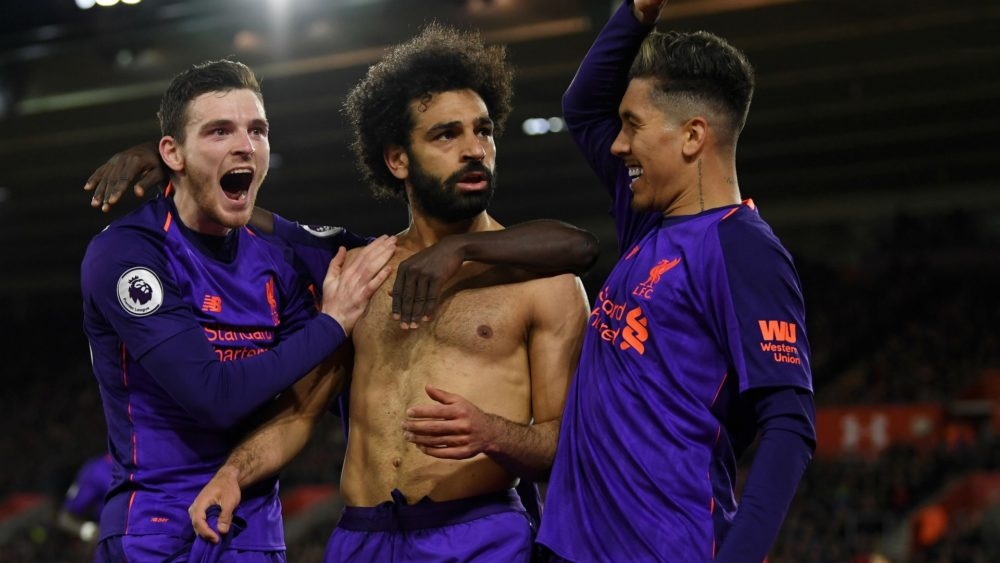 Jurgen Klopp insists he never had any doubts about the quality of Mohamed Salah after the Liverpool forward scored his first goal in nine games against Southampton on Friday night.

Salah’s 80th-minute strike put the Reds 2-1 up at St Mary’s, before Jordan Henderson secured the victory to put them two points clear at the top of the Premier League.

Salah had not scored since a 3-0 win over Bournemouth on February 9, but after the Egyptian helped Liverpool beat Saints, Klopp said: “It was never in doubt that he was a great player in my side.

“Super goal from Mo, super run. Fantastic finish. It was goal number 50 [in the Premier League] for Liverpool, an incredible number.

“He’s pretty consistent, very consistent. Physical things are always there, but how he stays always calm… it’s a nice moment. A first goal after a while.”