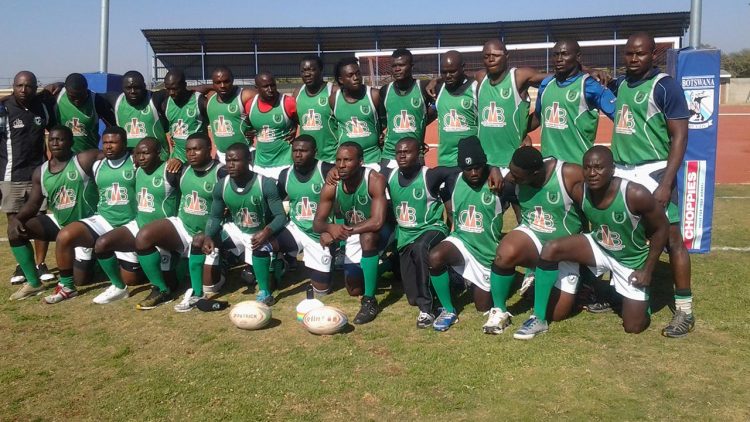 Nigeria’s national rugby league team at the weekend won the inaugural Middle East Africa Rugby League by beating Morocco 38 to 16 in the final of the championship played at TBS Cricket Ground, Lagos.

The championship, the first of its kind in Africa, featured four countries, including Ghana, Cameroun, Morocco and host Nigeria. Speaking after the game, Team Nigeria’s Captain, U.K.-based Sadiq Adebiyi, who won the Most Valuable Player of the Championship Award (MVP), said his team worked hard to achieve the result despite the short time they had to prepare for it.

“The game was exciting, as we gave our best to achieve the result. Winning the inaugural Middle East Africa Championship means a lot to my teammates and me. It has set Nigeria on a big stage for the bigger level, which is the World Cup.“Having played with some Nigerian players since I arrived in the country, I see many talents in the game. I will not relent in giving them the much needed assistance to get to the highest level in their career,” he said.

Team Nigeria Coach, Joe Mbu from Congo, congratulated his players for going the extra mile to win the championship. “I am a Congolese based in the United Kingdom and this is my first time working with the players.

“I see prospect for Nigeria in the rugby league because the players have speed and skills that can withstand any team in the world.“My advice to the players is to continue watching more games on television and play more competitive matches to be more active,” he said.

Also speaking at the event Senior Special Assistant on Diaspora and Foreign Relations to Lagos State Governor, Jermaine Sanwo-Olu, who represented the governor, Babajide Sanwo-Olu at the event, commended the organisers for putting Nigeria in the world map of rugby league.

“The governor of Lagos State congratulates the Nigerian team for winning the inaugural Middle East Africa League. His Excellency’s vision is to see that the league grows to attract more foreign sponsors and Nigerian players abroad to come home and help grow the sport. This will in turn reduce unemployment and attract more youths to rugby.

“With the performance of the team, I believe Lagos State will keep assisting in any capacity to grow the sport. Lagos State is proud to be associated with the Nigeria Rugby League Association (NRLA),” he said.

Nigeria Rugby League Association (NRLA) Chairman, Biodun Olawale Cole, promised that the association would do its best to host more competitions in the country. He added that the four overseas-based players invited for the championship gave a good account of themselves.

Also speaking at the end of the championship, Rugby League International Federation President, Graeme Thompson, expressed optimism that Nigeria would soon become one of the best countries in rugby league in the nearest future.“Winning the championship has given Nigeria the chance to aspire to play at the 2025 Rugby League World Cup.

“In the next world Cup coming up in England in 2021 Nigeria will not be there because the qualifiers have been concluded. They will be there as an emerging nation in the rugby league.“I see quality talents in Nigerian players base on my observations in the competition,” he disclosed.