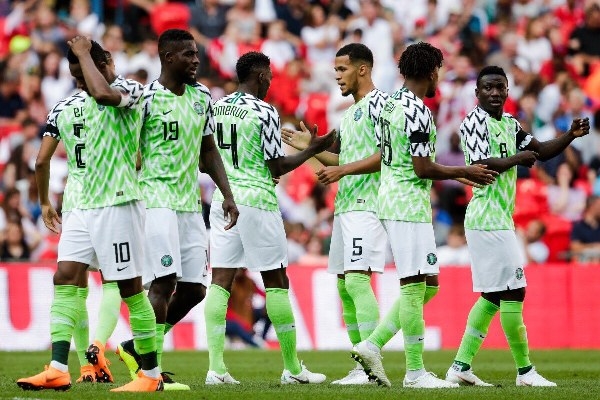 Super Eagles of Nigeria face the Lone Stars in Tangier, Morocco looking to avoid another upset having fallen to a shock defeat at the hands of the Central African Republic in October’s internationals.

Gernot Rohr men could qualify for the playoff rounds in World Cup qualifying if they pick up a win and results elsewhere go their way.

Having said that, the West African giants will need to keep these select few Liberians quiet.

Mark Pabai
The PEC Zwolle full-back finally honoured an invite to the Lone Stars, having previously held out for representing the Dutch national team.

Pabai’s height makes him a threat from set-pieces, while he also possesses the capability to hurt the Super Eagles in open play.

His versatility means the 21-year-old could feature in multiple roles for Peter Butler’s team.

Kpah Sherman
Scorer of Liberia’s goal in their only win so far, Sherman’s threat cannot be dismissed.

The forward has featured in every game in qualifying so far and is expected to play for a fifth successive game against Rohr’s men.

Undoubtedly, there’ll be a desire to add to the winner against the CAR, an ambition the Nigeria defence aim to thwart.

Van Dave Harmon
Even though the forward’s missed a few games in qualifying, the scorer of the Lone Stars’ second goal in the series remains a potential menace to Rohr’s men.

Harmon opened the scoring just before half-time against Cape Verde, only for the game to end in disappointment after a second-half turnaround.

If he adds to his only strike so far in the series, Liberia could have a fighting chance of upsetting the giants.

Oscar Dorley
Slavia Prague’s Dorley can play in a variety of positions and that unpredictability makes him a useful in-game tactical weapon for the Lone Stars.

The 23-year-old can play at the back, in central midfield and the forward positions, making him a potential threat to Nigeria’s chances if utilised effectively this weekend.

Marcus Macauley
With Nigeria facing midfield issues at times in their double-header with CAR, the Lone Stars will look to Macauley to capitalise whenever chances arise.

While Wilfred Ndidi’s return ought to strengthen Rohr’s men in that area, his level of match fitness remains in doubt having just returned from injury.

Butler will hope the Leicester City man is off his game, allowing the likes of Macauley the opportunity to dominate midfield proceedings on Saturday.