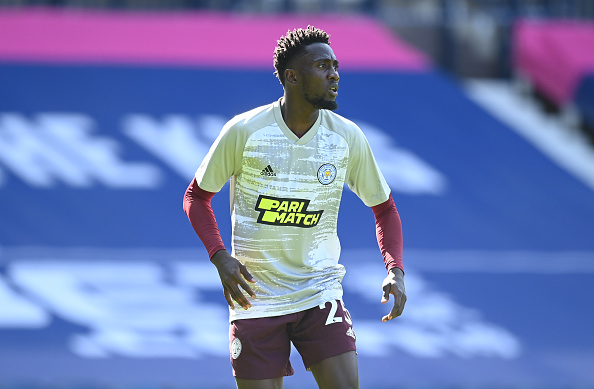 The 25-year-old sustained a knee injury while in action for Leicester City in Thursday’s Europa Conference League game against Rennes at Roazhon Park.

The player sustained the injury in the secong leg of match when he hit his leg against the turf in the 60th minute thereby hurting his knee in a clash with Gaetan Laborde of Rennes.

His injury is a fresh worry for Coach Eguavoen who would be banking on his expertise and creativity in the middle of the pack for the Super Eagles team.

The Leicester playmaker is one of the five midfielders alongside Frank Onyeka, Joe Aribo, Akinkunmi Amoo and Oghenekaro Etebo listed by Eguavoen for the game.

Ndidi has been an ever-present figure for the Eagles since he made his debut in 2015, making 43 appearances. For Leicester City, he has played 30 games this term.

His Nigerian team mates at Leicester city Ademola Lookman and Kelechi Iheanacho also featured in the match as they progressed to the next round after winning 3-2 on aggregate.